The design is familiar - it's the Xperia 1 in a smaller chassis, after all. We've got the same glass sandwich design with aluminum side frame. The front and back glass panels are Gorilla Glass 6 and the available colors are Blue, Red, Black and Green. Nothing too fancy with gradients and such - typical Xperia minimalist design. 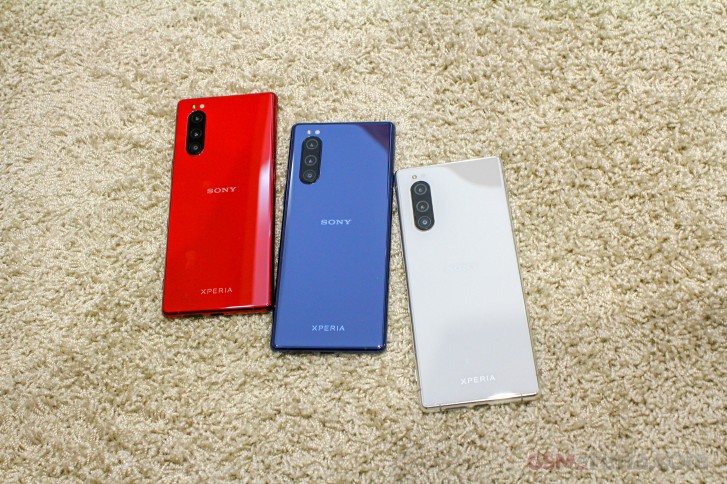 A difference of just 0.4" in the screen diagonal might not sound much on paper but in reality, the Xperia 5 is a very compact handset that fits well in the hand and you can barely feel it in the pocket. It almost feels like you are using a small TV remote control. 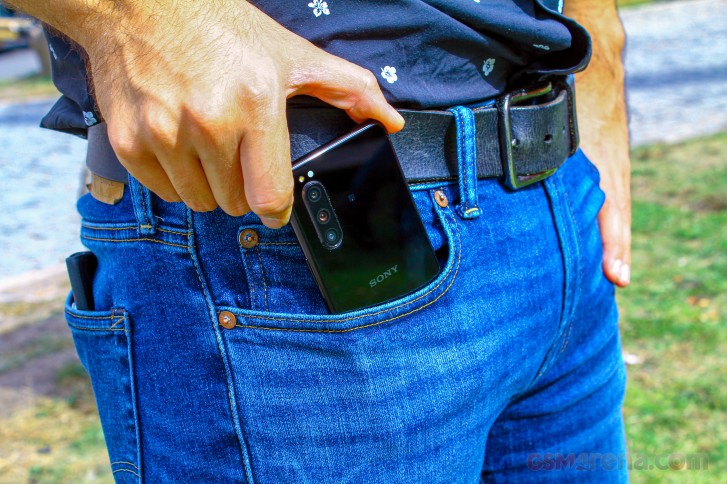 Since it's not too wide, it's easy to use with one hand while the fingerprint reader placement is ideal, to say the least. Your thumb falls exactly into place, so no complaints here. 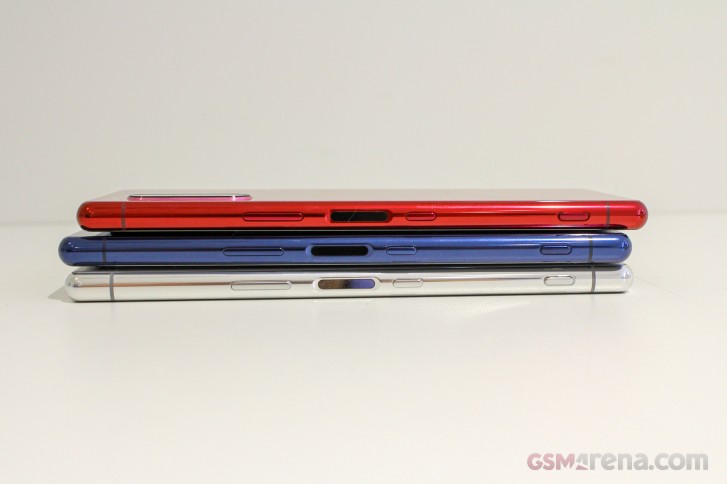 Interestingly, the Xperia 5 is just as thick as the Xperia 1 - 8.2mm. That's definitely not the slimmest devices around but given that the Xperia 5 is narrower than its bigger brother, it feels thicker in the hand. That's not necessarily bad, though, as it ensures more secure grip. 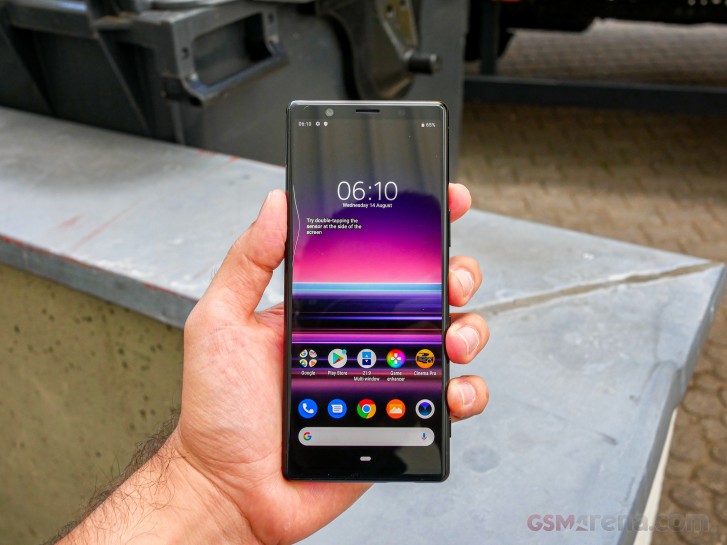 The weight is just right for a device with 6.1-inch screen - it feels solid without being hefty at the same time. It's not feather-light, though. The weight distribution isn't ideal as we find it bottom-heavy but on the other hand, it's better than being top-heavy given the tall nature of the phone. We assume this would mean less accidental drops. 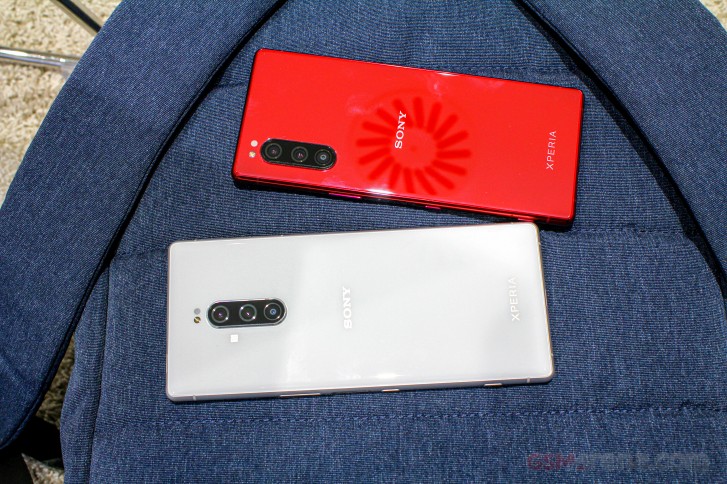 Other notable difference is the camera array. This time around, it seems to be placed in the upper-left corner of the phone - another way to tell the two phones apart.

As we already mentioned, there aren't many hardware differences coming from the Xperia 1. We've reviewed a number of Snapdragon 855-powered smartphones, including the Xperia 1 so there shouldn't be any surprises in terms of performance. It's good to see the 128GB storage being a standard here but the amount of RAM stays the same - 6GB. 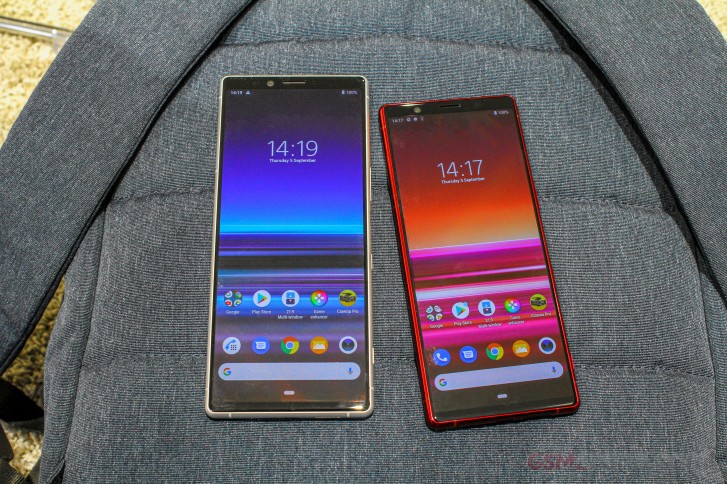 But this might not be such a bad decision. The Xperia 1's battery life was far from stellar - that's what you get from an average battery capacity and high pixel count on a big display. The Xperia 5 could potentially right the wrongs in this regard. After all, the battery gap between the Xperia 1 and 5 isn't as big as you might have thought - 3,330 mAh vs 3,140 mAh, respectively. Still, it wouldn't have hurt if Sony opted for a bigger unit as most competitors are closer to the 4,000 mAh mark nowadays. 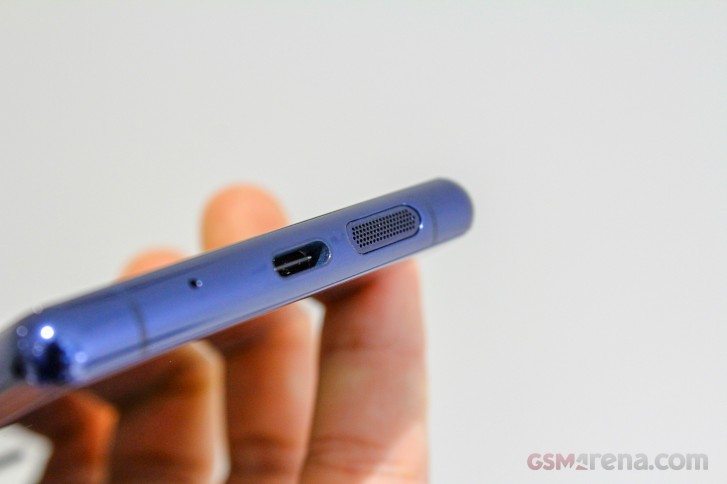 Lastly, the little fellow has borrowed the Dolby Atmos-laden stereo speakers from the Xperia 1 too, despite retaining the high IP68 certification.

I owned 2 sony xperia phones, now I am owner of samsung galaxy s10e because of size. Sony- I no need showel !

I don't like the massive curved screen on S8 it is tacky and cut off the view field. Even the new S10 is tacky too because the punch hole doesn't make it looks great. If you love that design go ahead, but I won't, I know what is ugly.