One thing that's immediately obvious with the Xperia 5 II is that it's missing the chiseled flat sides that we loved so much on the Xperia 1 II and we're anticipating on the upcoming iPhones. Instead, the Mk II borrows the rounded frame of the model it replaces. 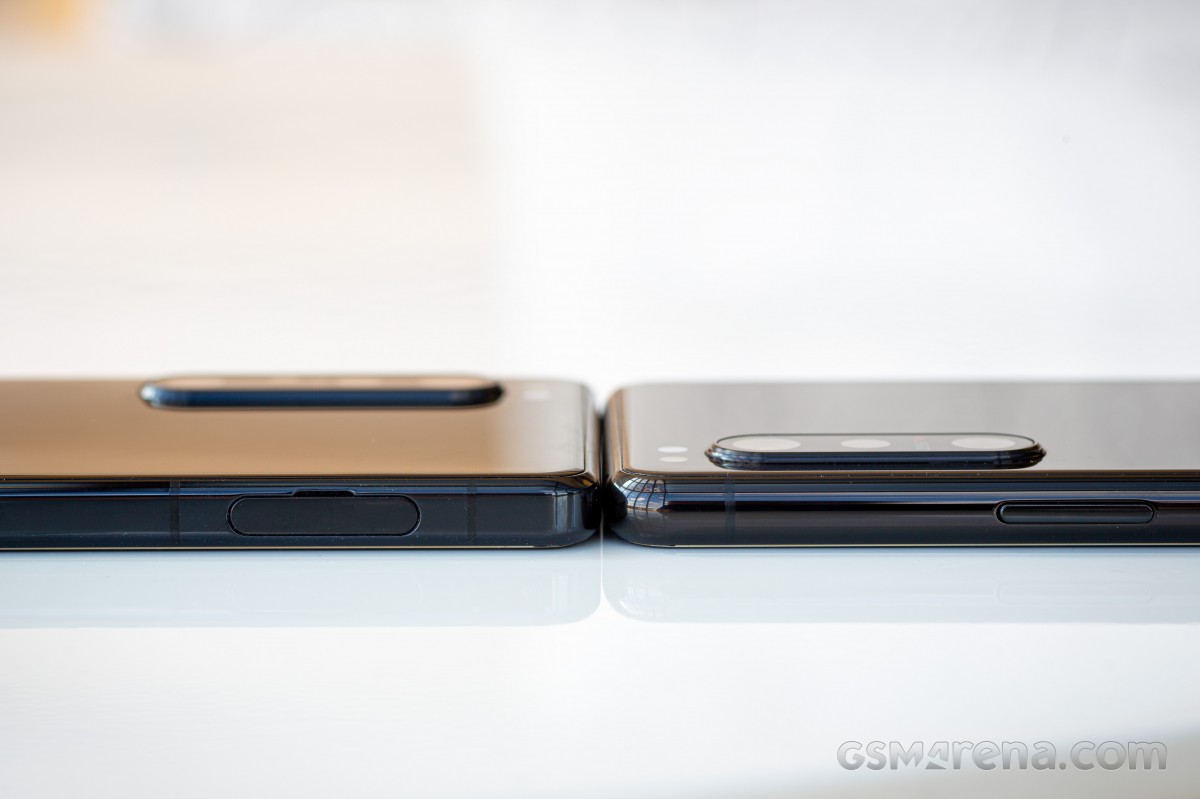 The Xperia 5 II has also stayed in the exact same footprint as the older model, a fact that shouldn't be surprising given the maintained 6.1-inch screen size. More importantly, however, the Mk II has actually gotten slightly thinner - 8.0mm vs. 8.2mm, while fitting a much larger battery. Nice! 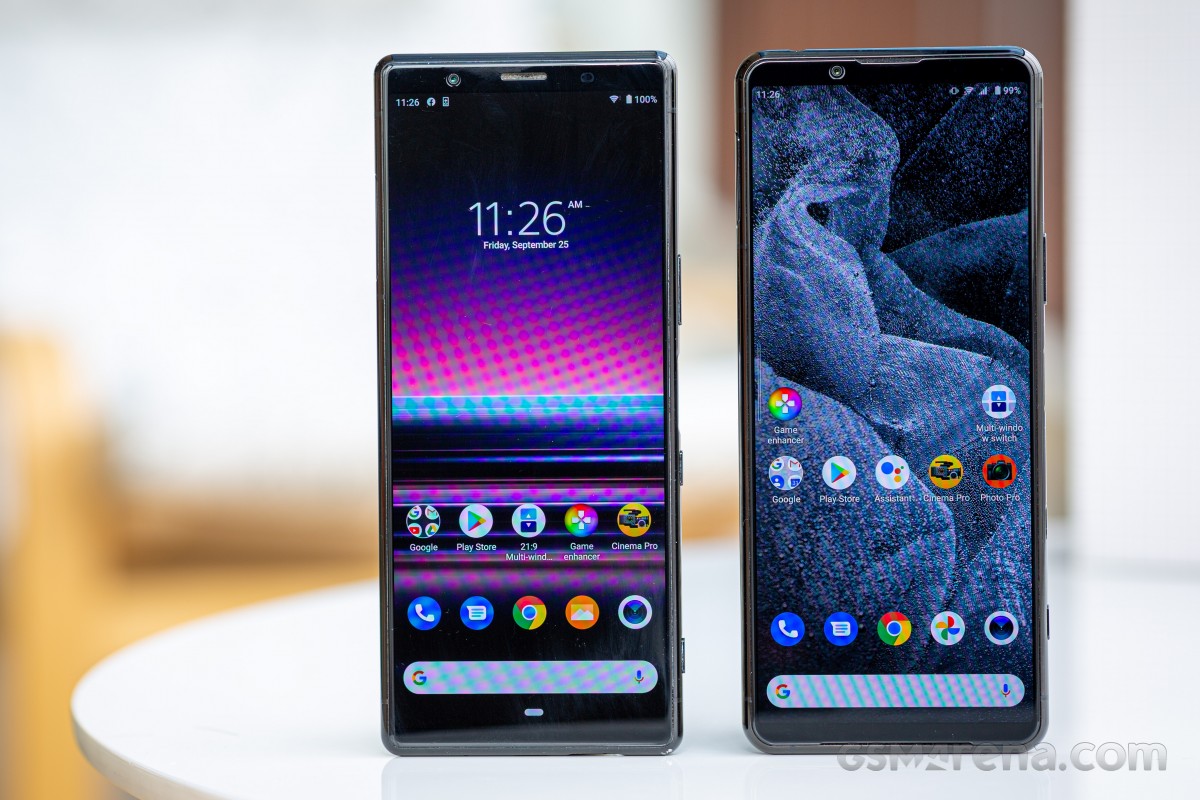 Mark One on the left, Mark Two on the right

It is marginally heavier, the new handset, but at 4g more than the Mk I, you won't be noticing the difference. The Xperia 5 II, with its 168g, remains a pocketable phone and a compact one - about as much as a phone can be compact in 2020.

The 5 II has an elongated aspect ratio, physically, that's for sure. It comes as a consequence of that stretched out 21:9 display. But with aspects of 20:9 and taller being the new normal, the Xperias don't stand out quite as much anymore. 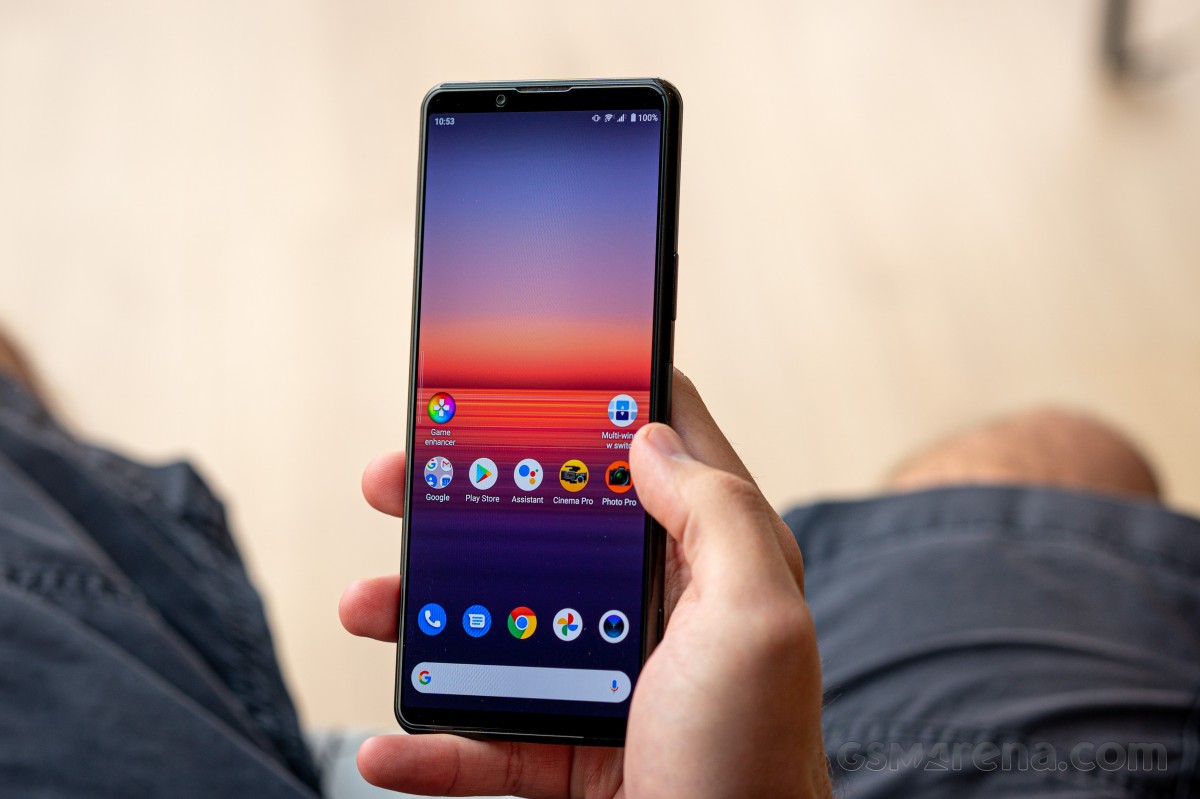 The Mk II has slightly different proportions on the front. Where the old one had a more pronounced forehead above the display and a slightly thinner chin, with the 5 II Sony went for a more symmetrical look.

The bottom speaker now fires towards the front instead of wasting decibels away from the phone, and that relocation could have something to do with the minor rearrangement on the facade. It's still a stereo speaker configuration with the earpiece serving as the left channel. 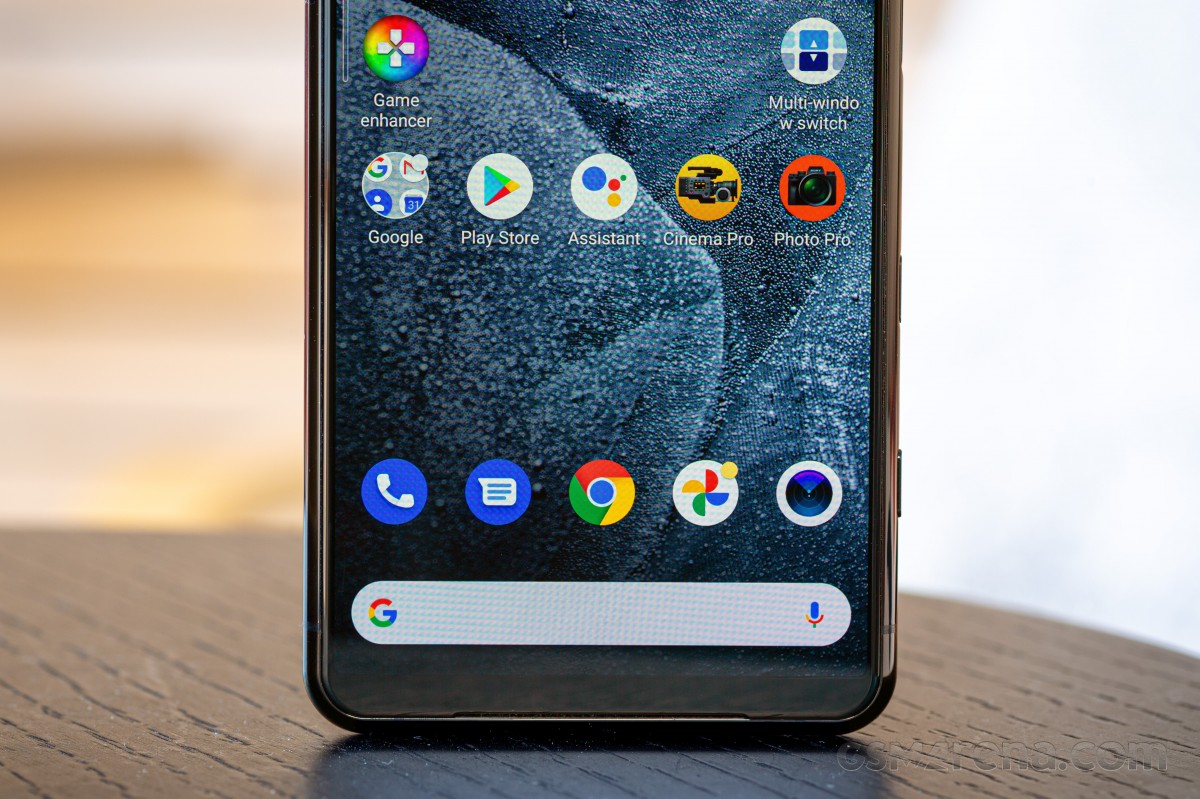 Sony mentions in its press materials how it's thinned out the frame assembly, but to our eyes, the sides of the Xperia 5 II look just as thick as the ones on the 5 MkI. Other optimizations, invisible ones, like the 2-layer PCB and redesigned speaker box, have allowed the phone to maintain the dimensions of the older device while fitting the bigger battery, the 5G antennas, and whatnot. 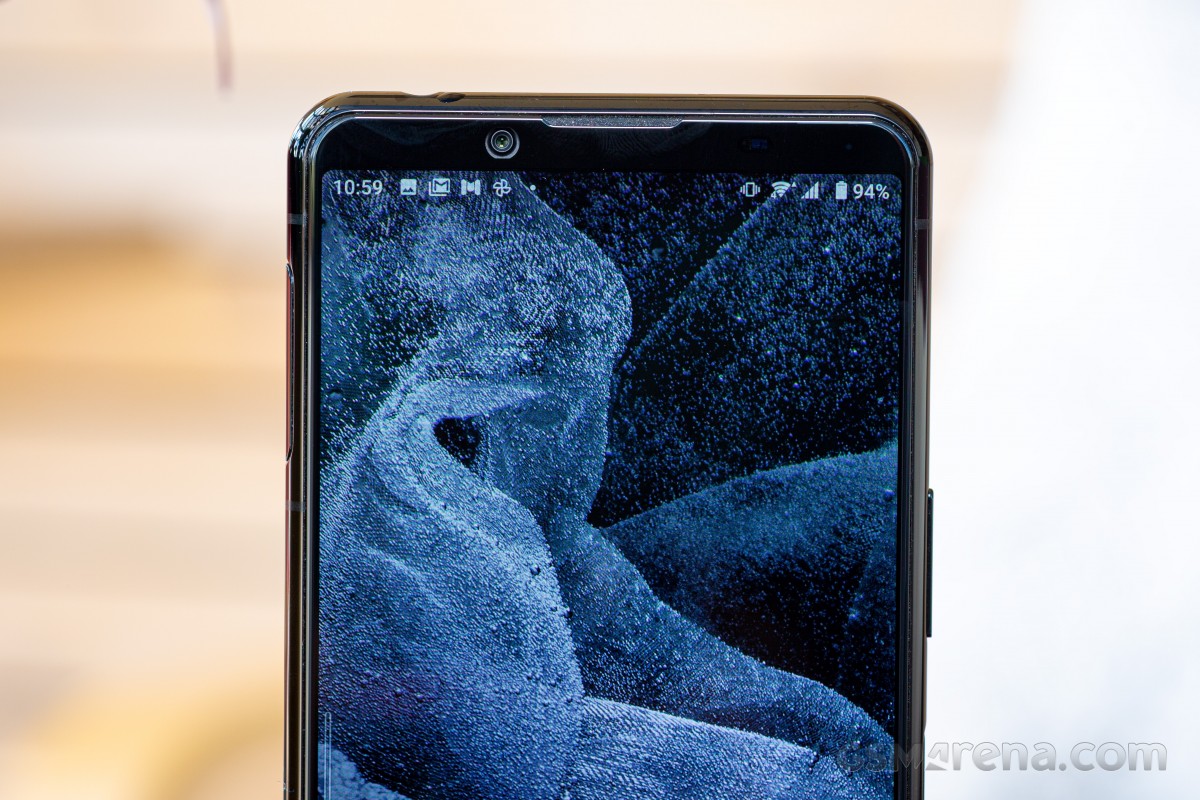 Ah, among the whatnots is the 3.5mm headphone jack that marks a return. It's on the top of the phone, the same place you'd find it on the Xperia 1 II. As per our briefing, with a dedicated analog audio signal path to it, crosstalk between the two channels is significantly reduced compared to the Xperia 5's USB-C-based solution. 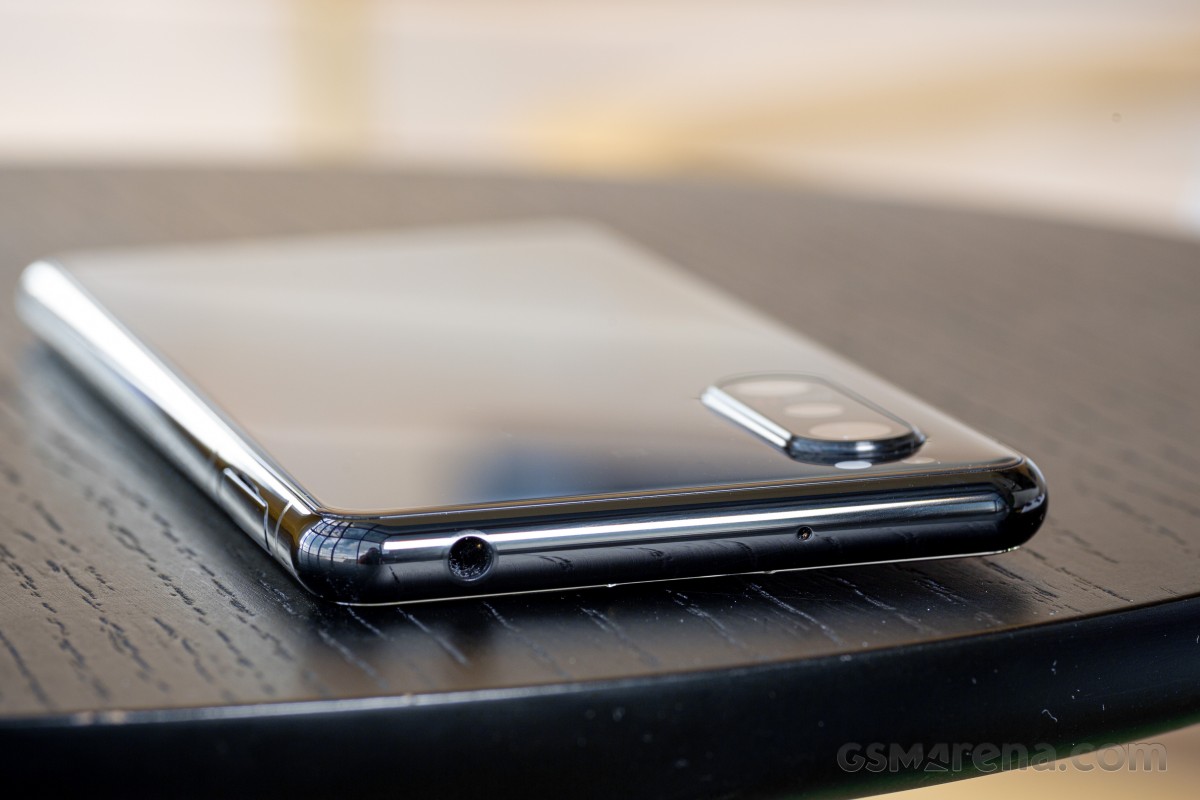 Perhaps here is a good spot to point out that the Xperia 5 II will be available in a dual SIM version in the EU, the 1 II was not. Our 5 II review unit is such and the second nano SIM slot is shared with the microSD card - it's one or the other. Single SIM variants have a microSD slot too, just no second SIM capability. Going back to the frame, let's focus on the right side of the phone because there's a lot to unpack here. For starters, the Xperia 5 II adopts the 1 II's fingerprint reader/power button combo. It has a capacitive fingerprint sensor inside a clicky button - a much better solution than on the Xperia 5 where the two functions were decoupled and the fingerprint reader wasn't clickable. 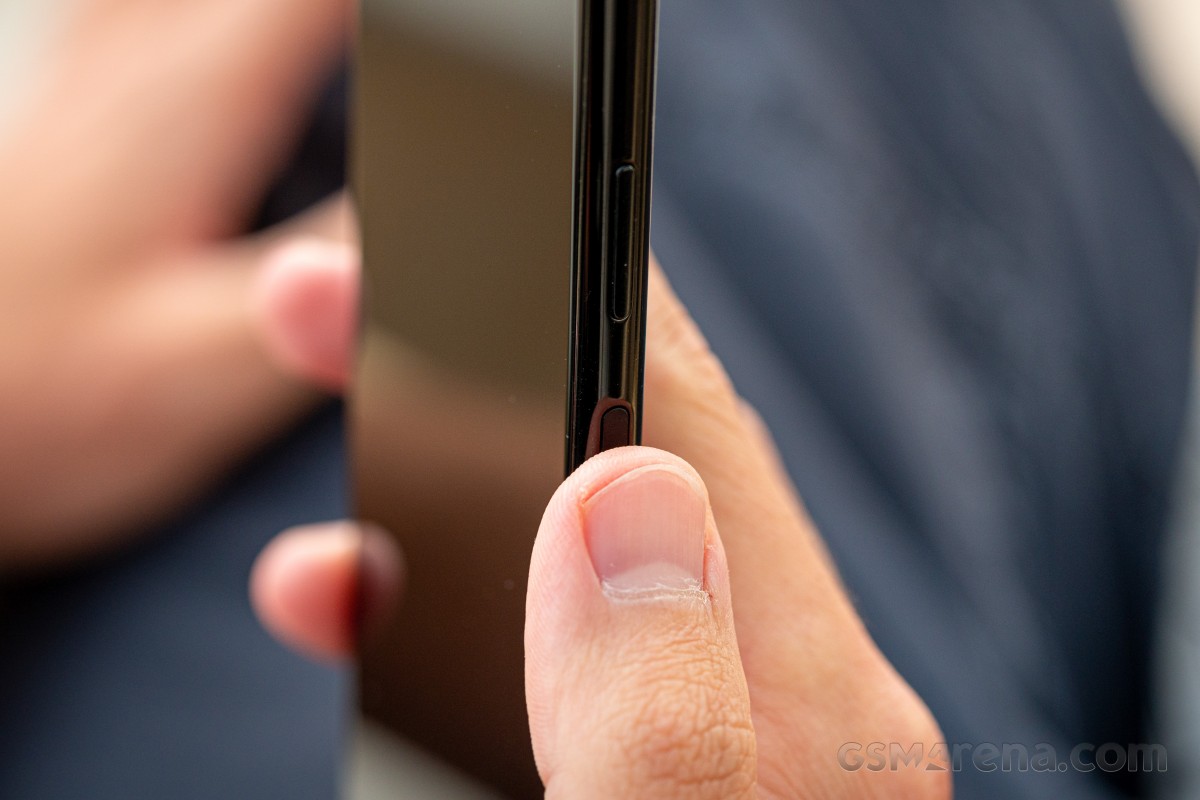 The volume rocker is above the power button while a signature feature on Sony phones, the two-stage shutter release, is towards the bottom of the handset (or rightmost part if you are holding it in picture-taking landscape orientation).

But there's a new addition to the control set when comparing to the old model, and it's one that even the Xperia 1 II doesn't have. The 5 II gets a dedicated Google Assistant button, somewhere around the middle between the power button and the shutter key. There are no options for customizing or disabling that button, it just works. We'd appreciate being able to assign a different function to it, or disable it, but that's not the case here. 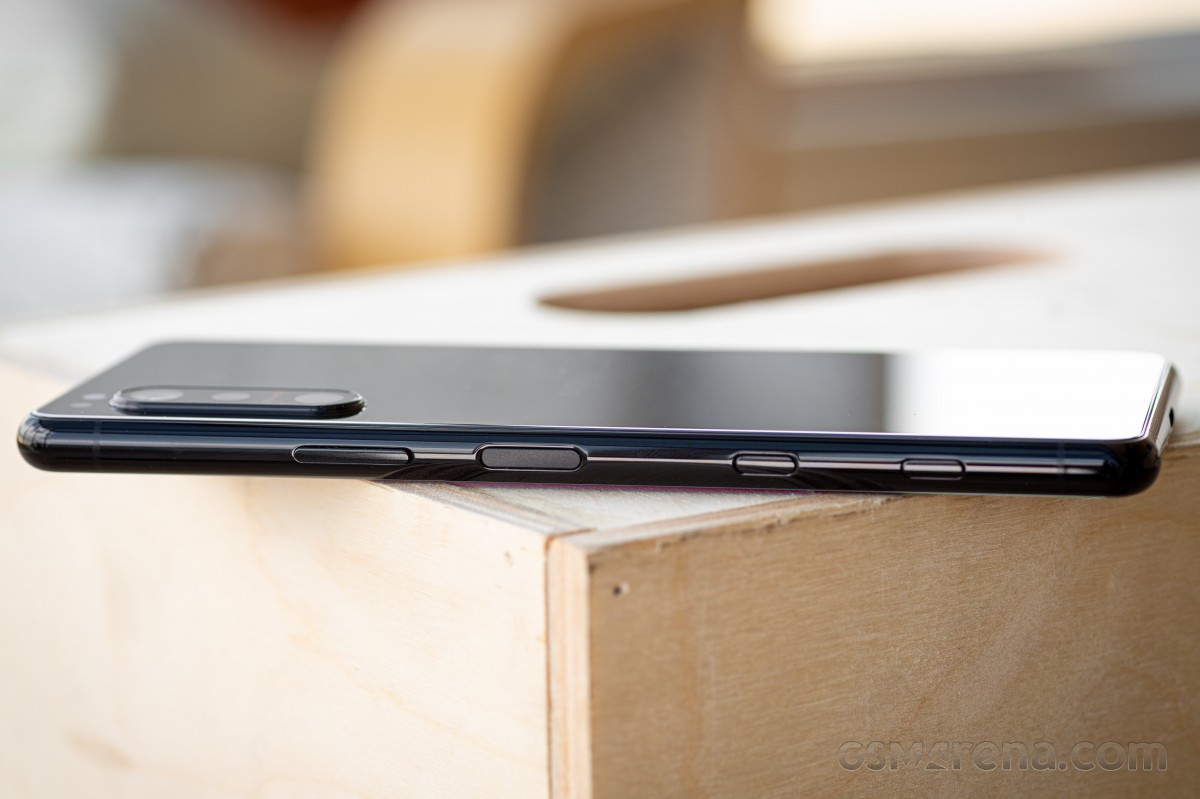 The Xperia 5 II is IP65/IP68 rated - so it's good for both submersion and water jets, though, obviously, neither is its preferred environment. It's covered with Gorilla Glass 6 front and back - no Victus here. 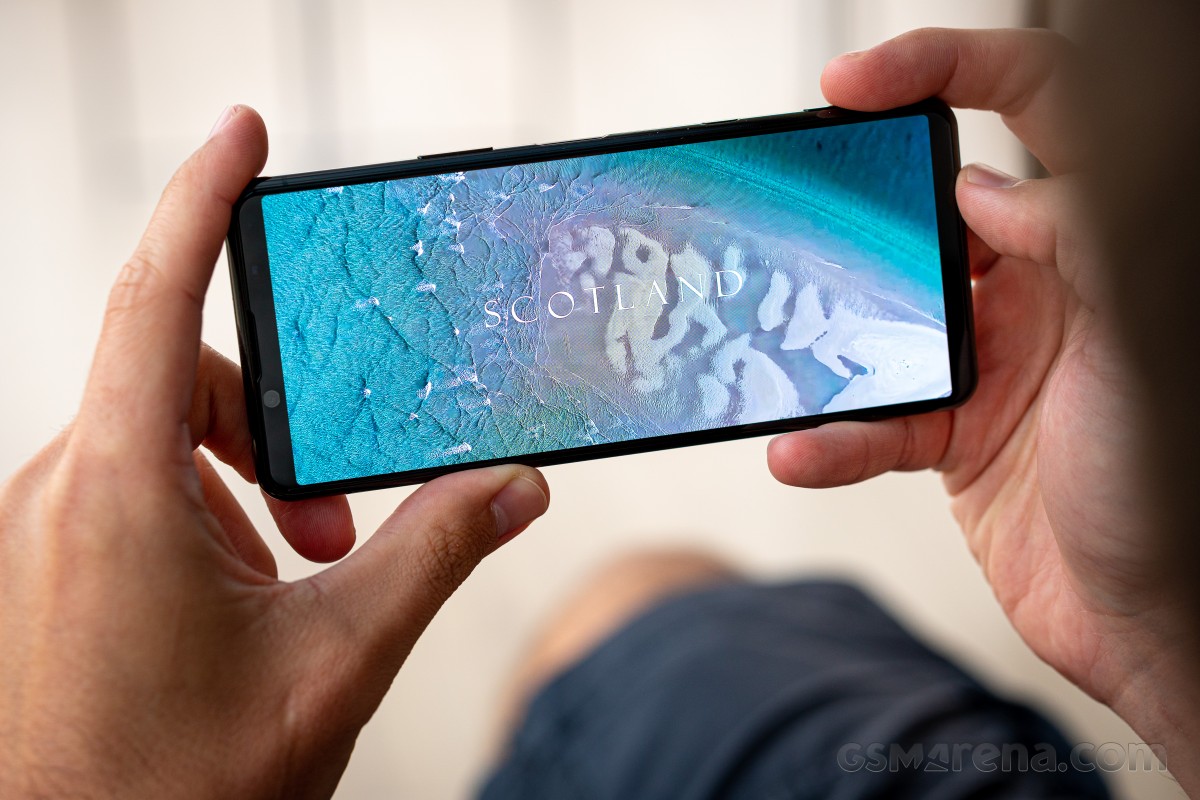 Filed under 'niche nice-to-haves', the RGB status LED in the top right corner is still here. It's one of those features that are increasingly hard to find, but arguably so too are the people looking for it. 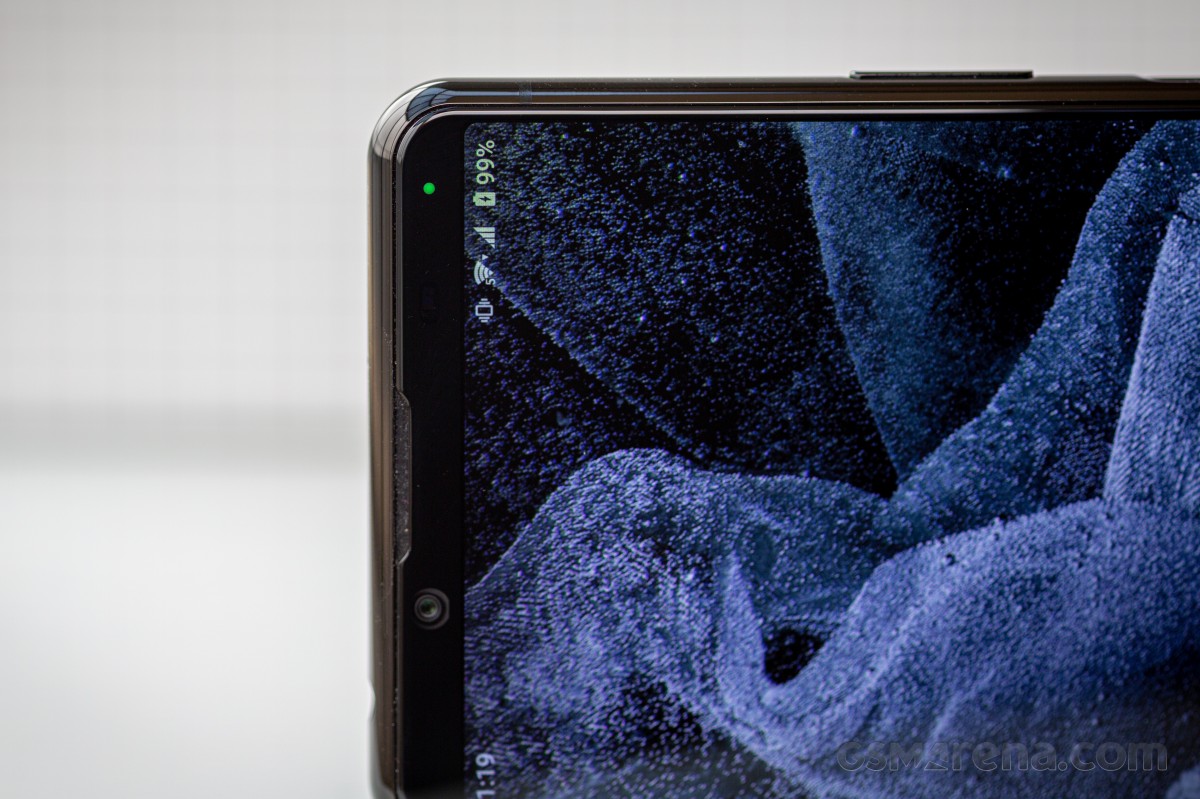 I am having a green stripe in my display since yesterday... the death of a gorgeous & lovely display after 1.5 years. It shook my heart when I first noticed that, I couldn't believe my eyes! XPERIA 5 II is a great phone... I was using it for...

Oof what a foul mouth you have dude. You dont have to get irritated over someone opinion which clearly objective and called them "poor" and "spit like a pig" is that how your parents raised you ? to be a immoral person ? prob...

Yeah I had the Z1 Compact and Z3 Compact and the magnetic connector was one of the best features, however it was badly designed since it relied purely in adhesive to keep it placed in the frame of the device and when it was use too often, overtime it...