Well, this sounds like an apt title really. The Sony Xperia E is among the cheapest packages on offer from Sony, second to only the Tipo. From the design theme of the first generation of Sony smartphones, to the familiar internals, the Sony Xperia E has little to no surprises. Especially that we've actually seen its twin already.

The Sony Xperia E and Xperia E dual are nearly identical, with the number of SIM slots the only notable hardware difference. It boils down to what makes more sense to you as a user - dual-SIM support or the more recent Android 4.1.1 Jelly Bean. 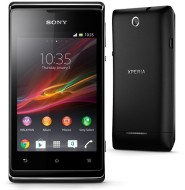 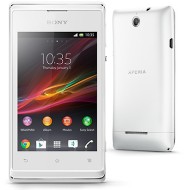 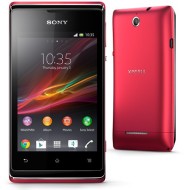 When talking entry-level smartphones, a single-SIM package usually has to try harder to make itself noticed. Dual-SIM versions are usually regarded as niche devices but they have the benefit of a clearly defined target audience. There's a lot of competition in Sony Xperia E's price bracket, and not just droids either. Yet, Jelly Bean right out of the box gives it a good enough start. Let's take a closer look at what else it has to offer:

The Sony Xperia E is yet another Qualcomm-powered 3.5-incher for Sony in the entry level market. It's got the upper hand over the likes of the Tipo and Miro (clocked at 800MHz), and probably even the Xperia J which is has the exact same 1GHz chipset but a bigger and more pixel-rich FWVGA screen. Bottom line, no record-breaking speed is to be expected here but the Xperia E will most likely get the job done for first-time smartphone users.

So, the main thing to try and find out here is whether a reasonably good-looking basic smartphone will prove an equally reasonable performer. As usual, we'll start with our traditional hardware overview right after the break.

Cheap price so don't expect miracles Camera usable and limitations with storage You get what you pay for.

THis is a horrible phone! Why? It has 600 MB "Phone" memory, which is separate from the 2 GB internal memory. It fills up pretty damn fast and now I can't update any of my apps because I get "Insufficient storage space available" ...