Sony kept it short and sweet - it launched a new phone line, the Xperia X, and the first three phones in it. Meet the Xperia X, XA and X Performance.

All three phones have 5" screens, Sony didn't announce phablets nor minis. Sony's traditional sleek design has been changed up a bit with a metal back. The phone has been painted with a "tone-on-tone approach," so the front and back are a single, continuous color. Color options include Graphite black, White, Lime Gold or Rose Gold.

The "future-focused" Smart Capture camera features Sony's Predictive Hybrid Autofocus, which lets you pick a target and tracks it. The 23MP main camera can launch and snap a photo all in 0.6 seconds. The Xperia X has a 13MP selfie camera.

The phone promises to bring Sony's awesome battery life - two days of use between charges (the battery is 2,620mAh). The other Sony trademark, great sound - stereo speakers outside, Hi-Res Audio and DNC inside.

The Sony Xperia X is powered by a Snapdragon 650 chipset with 3GB of RAM and runs Android 6.0 Marshmallow. It comes with 32GB of storage, expandable of course.

If you need more power, the Sony Xperia X Performance gets you a Snapdragon 820 chipset (3GB RAM, 32GB storage). This one is waterproof too, IP68, while the other two are not.

Other than that it has a 5" 1080p display as before and a seamless metal back painted in a continuous color. The Graphite Black and White options feature an exclusive hairline finish.

You get the same 23MP camera with Hybrid AF and a 13MP selfie cam. The main camera can record 4K video and can boost ISO up to 12,800.

Like on the X, the power button on the Xperia X Performance is a fingerprint reader.

The Sony Xperia XA is a more affordable version of the X. It has a 5" 720p screen and a 13MP main camera (8MP selfie). It's powered by a MediaTek MT6755 chipset (2GB RAM, 16GB storage). It will launch with Marshmallow. 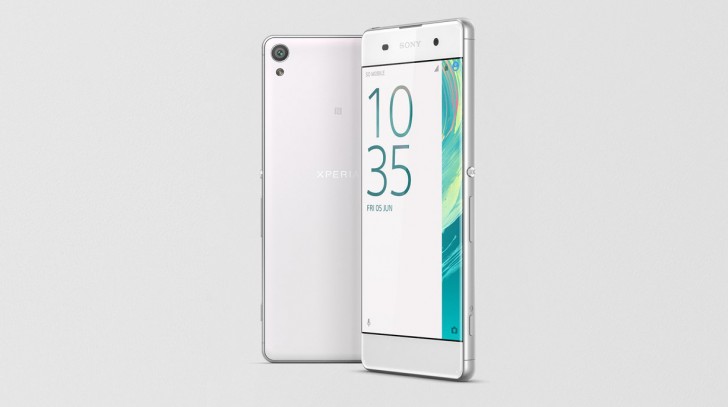 This one does not have a fingerprint reader, no stereo speakers either. The battery is smaller too, 2,300mAh.

Weekly deals: the best smartphone deals from the US, the UK and Germany

It's official: the PlayStation VR2 is coming on February 22, here is the price

Duh it fixed with SONY update.