The Xperia XA1 Plus arrives in a pretty much the same box as any other recent Xperia, just different size. Inside, you'll generally find whatever Sony's decided is the best fit for your particular market. Our review unit packs a basic charger (5V/1.5A) and a USB-C cable.

The Xperia XA1 Plus measures 155 x 75 x 8.7mm and sure enough that's smack in the middle between the XA1 and XA1 Ultra in terms of height - the XA1 is a centimeter shorter, the Ultra is a centimeter taller.

It's not exactly so when it comes to width - remember, the Plus isn't as side bezelless as the other two. So the Plus is 4mm narrower than the Ultra, and 8mm wider than the XA1 - but there's a fingerprint sensor, so it's all good.

In the grand scheme of things, the Xperia XA1 Plus is reasonably sized for a 5.5-inch phone.

Reasonable is the best you can say about the weight - the Xperia XA1 Plus is a rather hefty 189g, actually 1g more than the Ultra. But hey, there's so much more battery inside. Then again, a 5.5-inch Xiaomi Mi Note 4 has a 4,100mAh cell and weighs just 165g.

For all our usual whining about Sony's unimaginative smartphone design, the Xperia XA1 and XA1 Plus, much like their last year's siblings, gave hints that things could be different. Well, not the XA1 Plus - not quite, at least. 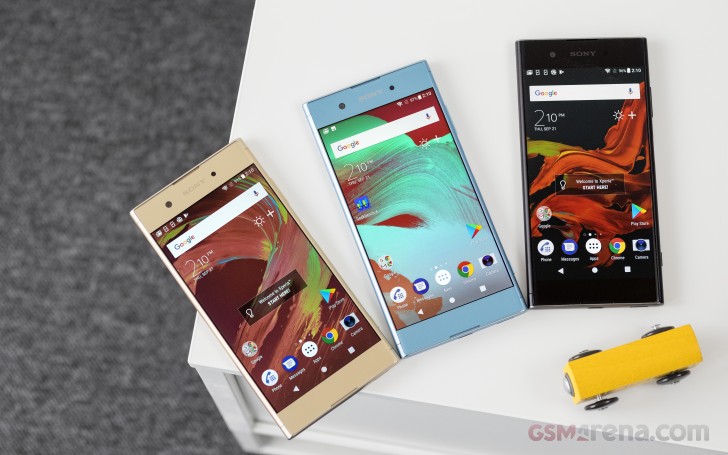 Yes, we're talking bezels, the XA1 and XA1 Ultra had very little of them on the sides. The XA1 Plus is a little more traditional Sony than its XA1 stablemates in that it has a slightly beefier frame on the sides. It's an iteration on the Loop surface concept that's scheduled to be replaced soon, but even so, the XA1 Plus isn't as bad an offender as, say, the XZ1. 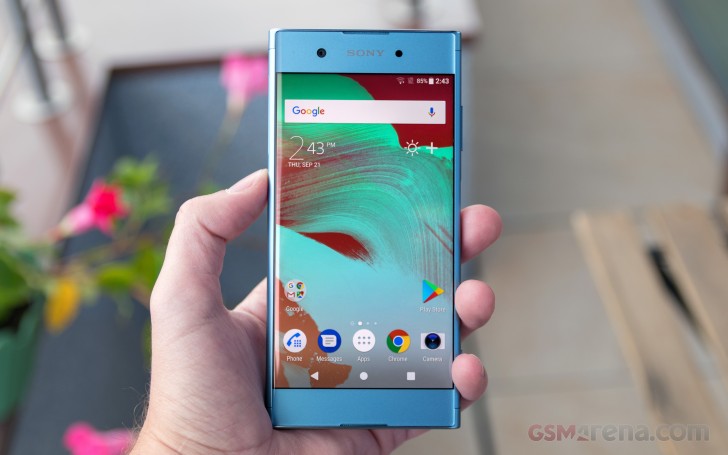 The whole point of the slightly thicker sides is to be able to accommodate the power button/fingerprint reader combo on the right. It's not an unreasonable trade-off, we reckon. Also, do note that the XA1 Plus' display starts right where the side rails end - there's no additional passe-partout of sorts to add extra width like on the XZ1. 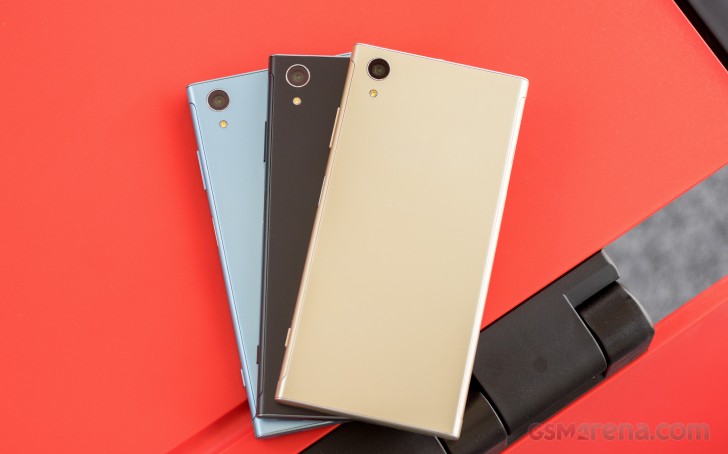 Now, the chin and forehead are here to stay - miracles aren't to be expected from the XA1 Plus. The top bezel is slightly thicker than the bottom one and that might irk symmetry fans. Those same folks could enjoy the symmetrical slits next to the edges of the phone until they learn that no, those aren't stereo speakers. The top one is just an earpiece, and the bottom one is just for... well... symmetry.

The top bezel also houses the front facing camera and the usual set of ambient light/proximity sensors. There's also a Sony logo right there in the middle - some hate logos on the front, others couldn't care less. What most of us do care about is the LED notification light - there is one to the left of the selfie camera.

Classic Sony • Black on black makes the bezels less obvious • The usual stuff above the display • Just a design element, this slit

Flip over to the back and there's the Xperia logo waiting for you on the satin finished plastic back. The NFC antenna is a little higher up - Sony likes to move that around between models, sometimes on the front and sometimes on the back, so it's good to have a pointer as to where it is on your particular phone. The camera is in the top left corner - you can count on that in the majority of Sony handsets.

Satin plastic back • Camera in the top left

There's a good old 3.5mm headphone jack on the top plate, and the secondary mic is also here. You'll find the USB-C port centered on the bottom, and the loudspeaker, the real actual one, is to the right side.

Top of the phone with 3.5mm jack • USB-C port and the single loudspeaker on the bottom

On the left side of the phone is where the card slot is. The SIM card cradle pulls out together with the flap, at which point the phone restarts - should we even start the usual rant? The microSD slot is the push to insert, push to eject variety. We especially like the way Sony handles the regulatory markings, though - much better than drawing garbage containers on the back of the phone.

The right side of the phone is where you'll find the fingerprint reader that makes the Plus stand out among fellow XA1s. Above it is the volume rocker and there's still a two-stage manual shutter button towards the bottom of the right side - a Sony exclusive. 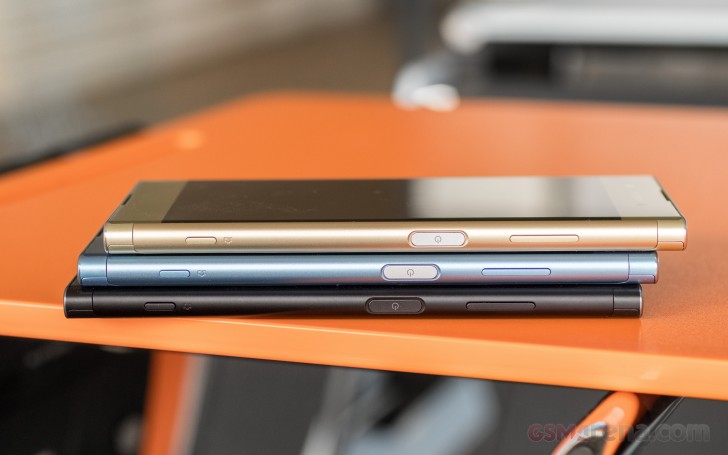 In your hands, the Xperia XA1 Plus feels boxy and there's certain heft to it - both of these can be good or bad, depending on where you stand. If you've handled one of the bezelless devices of late, you're likely to find the Xperia bulky for its display size. Then again, those bezels are hard to beat when you want to hold it in landscape for gaming or whatnot. It's not like there are speakers on the front to block with your fingers.

The Sony Xperia Xa1 Plus is the worst phone you could buy for a mid-range phone. The only thing good about it, is the nice square design otherwise it is rubbish in all aspects. Even with 4gb of RAM the phone is slow. It lags, sluggish and even crawls...