The recent Xperia XZ1 is one of the first smartphones to launch on Android Oreo, but that's not the XA1 Plus' fate; even though it comes out at a later stage - it's Android 7.0 Nougat instead. No worries - unless you're specifically after some of Oreo's new features, you'd be hard-pressed to tell the difference, as Sony's customizations are both very light and consistent between devices and OS versions. 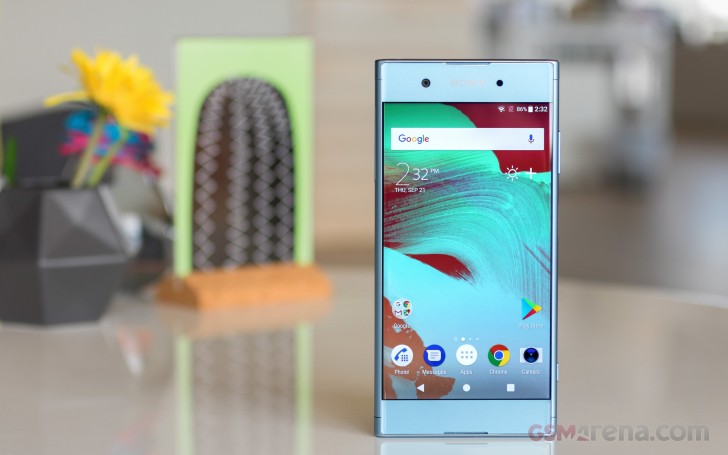 The XA1 Plus has a fingerprint reader, a first in the XA lineup. Well, not in the US it doesn't, but the rest of the world gets the side mounted power button/fingerprint sensor combo you'd find on higher end Xperias.

There is, of course Smart Lock that you can turn to for some conditional security - trusted nearby devices, locations, faces, or voices can allow you to skip the security unlock protocol that you may have set up on the phone.

The homescreen has remained unchanged in Xperias of late. This includes the swipe down gesture: it shows a screen of the apps you use the most, along with recommendations for new apps to install. The search field is highlighted so that you can start typing the app's name immediately.

The traditional app drawer is present, and you'll find a number of proprietary apps pre-installed, though Track ID is gone now (the app and the service).

The app drawer is quite functional as well, letting you sort the apps by frequency of use, name, date installed or a custom arrangement. The app search works here too, and you can go into a management state, allowing you to uninstall multiple apps instead of having to drag each one to a virtual waste bin.

Themes are available (both free and paid) that can customize the look and sound of the Xperia XA1 Plus. There are a few generic themes pre-loaded and you can download a more varied selection from the theme store.

The notification area is plain Android. You can re-arrange the quick toggle tiles and adjust the screen brightness. What's missing is a toggle for Auto brightness (you need to go into the settings for that). It's the way stock Android is set up, but we've always missed that option and we're always relying on custom UIs to enable it. Well, Sony doesn't.

The app switcher is similarly a vanilla Android affair, with the rolodex look and a Close-All button, though the latter is out of immediate reach in the top right corner. The native Nougat multi-window is present - in Sony's implementation if a running app supports split screen, you will be able to snap it at the top or bottom of the screen right from the rolodex. It's easy to use the split screen mode, but there is no way of knowing which app supports it - you have to start it first and then try to snap it to see. It's also a 50/50 split always, you can't resize the windows.

The Smart cleaner feature will periodically empty the cache of apps you haven't used in a while. You can switch this off, or just manually tell it not to bother with certain apps.

Smart cleaner frees up memory of both kinds

Sony ships its latest Xperias with a proprietary backup solution built-in. It can backup applications, contacts, messages, and phone settings. The backup info itself can be stored in the cloud under your Sony online account, or locally on the microSD card or an external USB device. Backups can be scheduled or executed on demand.

Scheduled backups are the best way to prevent data loss

Not correct..my kids using it with pleasure sony brand for a good price