It seems some Sony Xperia XA2 and Xperia XA2 Ultra users are now receiving the Android 9.0 Pie update on their phones. We received a tip from a reader from Myanmar but it's likely that many more countries are getting the over the air firmware as we speak.

The firmware 50.2.A.0.352 is different from the 50.2.A.0.342 that was seeded to users in Russia in February, but it resulted in some bricked phones, so it was halted until issues were resolved. 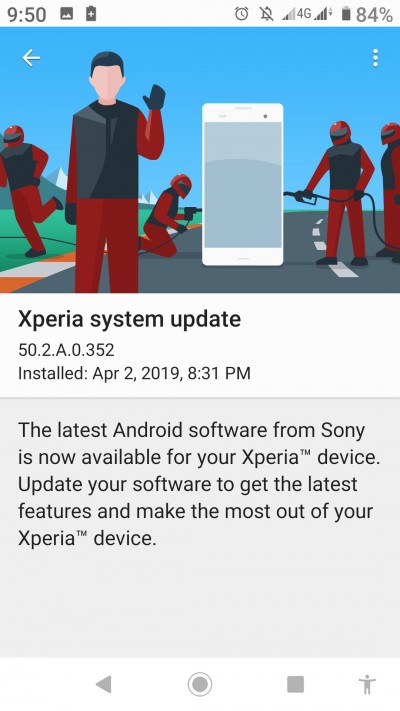 Do you own an Xperia XA2/XA2 Ultra, have you received the Android 9 OTA? Do you have any issues? Drop us a line below.

Thanks, San Myint Aung, for sending this in!

Loved the phones a lot. But the rear camera won't work normally after the upgrade. Read about the similar problem on XDA Web platform, even no upgrade possible to android 10 by sony

How can i stop my xa2 to stop displaying android.processing.media keeps stopping? this really makes it difficult to operate the phone. Thanks