Back in September an upcoming 2018 Sony smartphone had its specs leaked by a benchmark run. So far, however, all we've had to go on was its model number, namely H4233. And while that in itself betrayed the phone's mid-range status, it's always good to know exactly what a device is actually going to be called.

In this case, the H4233 will be sold as the Xperia XA2 Ultra, the successor to the XA1 Ultra which launched this May. The official confirmation of its name comes by way of SIRIM, the Malaysian product certification body, which has outed it through its documents. 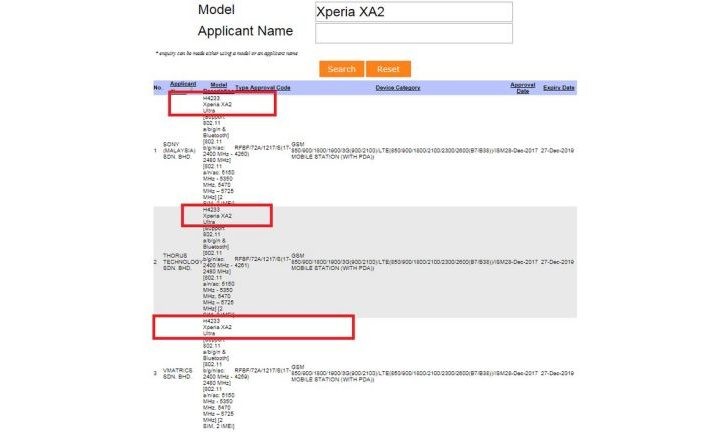 The XA2 Ultra could make its debut at MWC in February, since that's where its predecessor got official too. According to the aforementioned benchmark listing, the new model will be powered by Qualcomm's Snapdragon 630, paired with 4GB of RAM and 64GB of storage. It will boast a 6" 1080p 16:9 touchscreen, a 21 MP rear camera, and a 16 MP selfie snapper. It will run Android 8.0 Oreo from day one.

Sony is not dumb for doing it. They're just considerate of the pricing coz when Sony says it's a midrange device, it is really going to be a midrange phone priced correctly. Unlike Samsung that claims their A8 and A8+ 2018 are midrange but with the s...