Sony was never a company to blindly follow trends, having its own approach to the mobile market. It's a fact perfectly illustrated by the company's latest flagship duo - the XZ1 and XZ1 Compact, which you only need to look at once to recognize the Xperia pedigree. The 2017 Sony flagships proper combine the best elements across the lineup to try and cut themselves a solid piece of the holiday sales pie.

The XZ1 Compact arguably has the easier task - it caters to those longing for a premium Android mini, who were disappointed by the X Compact and its lower standing. The full-sized XZ1 on the other hand will try and serve a niche with much fiercer competition.

It builds on the XZ Premium Loop surface design and its Motion Eye camera by adding smoother edges and new smoother modes. The 4K screen has gone missing in action, but that had its fair share of doubters at the 5.5" diagonal of the Premium, so it probably won't have seen much love at all here at 5.2". Plus, Sony made it clear the the XZ1 is the direct successor to the Xperia XZ and will bring the Motion Eye goodness even to the markets that didn't get the XZs.

The Sony Xperia XZ1 is the middle member of the company's premium trifecta and its 5.2-inch diagonal is a bit short of the 5.5-inch "sweet spot" of the current market. With the XZ Premium already available to cover that size, the XZ1 had to either go full phablet or slip between that and the XZ1 Compact. With Sony yet to embrace the bezelfree trend it's probably for the better that it chose the latter approach. 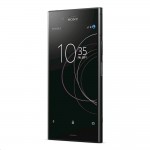 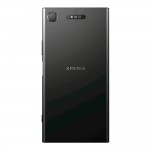 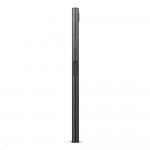 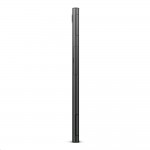 We'll now have to see how it all works out in everyday use. Join us on the following pages as we dive deeper into the Xperia XZ1 and explore what it has to offer.

And that is why today in 2022 you have the same basic, boring design with no headphone jacks. Guess who still has no notches, has Led notification and a headphone jack? That's right.

Camara body disign & Sanpdragon chip This is unbelievable!!! I’m also Apple user but expiria it is a different experience I love it (from Sri Lanka)🇱🇰

I think there is misconception here, the xz1 restart if you change the sim card not the sd card. Since it have separated slot.