The 19MP Motion Eye camera is here to stay

Sony invested a lot of effort in its current flagship mobile camera solution and is not ready to give up on it yet. The XZ1 Compact borrows the excellent 19MP, IMX400 ExmorRS, a.k.a. Motion Eye camera from the XZ1, XZ Premium, and the XZs. 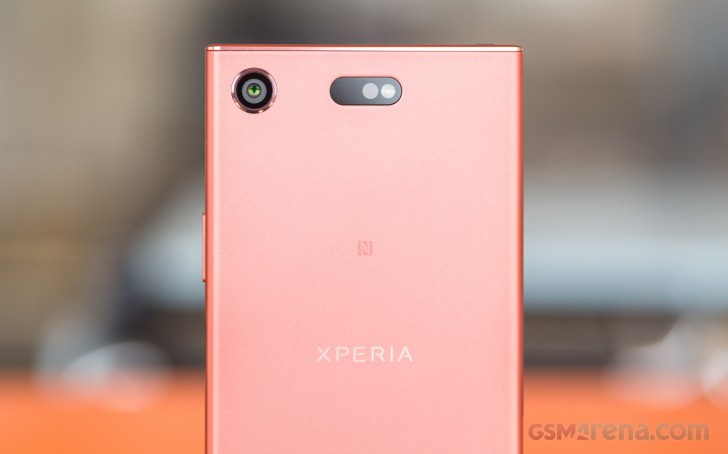 Of course, Sony did sprinkle a few new software goodies on top. What it didn't do, for better or worse, is go down the trendy dual-camera route.

There's no OIS either, the camera relying solely on EIS to keep things steady when recording video.

Instead of the usual 2-layer design, the new camera features a RAM chip sandwiched right in between the sensor and control circuitry layers. It serves as ultra fast buffer where the camera can temporary offload what the sensor captures without the need to wait for the storage to catch up.

This lets the sensor reads out the full 19MP resolution 5x faster, which prevents the nasty rolling shutter in photos of fast moving objects. It also enables the headline feature - 960fps slow-motion video! Most phones manage 240fps at best, but the Motion Eye allows you to go four times slower.

Sony went with a slightly lower resolution for the IMX400 (previous models were at 23MP), but kept the same physical dimensions of the sensor, so this has resulted into the pixels being 19% bigger. The aperture is one thing that hasn't changed for quite some time - it's still f/2.0, not the brightest out there, but decent given the ample 1/2.3" sensor.

There have been some changes to the camera interface since the last time we saw it. Sony's 4K video mode is no longer a separate mode, and the option has finally been moved to its rightful position in the resolution dropdown in settings.

Speaking of resolution settings, you might want to go into settings and switch the default 17MP (16:9) one to 19MP (4:3), so you can get the highest possible resolution.

We recommend using Superior Auto mode for most occasions as it has come a long way. Beyond adjusting exposure and toggling the flash and HDR, it can also do more advanced things, like detecting when the phone is mounted on a tripod and allowing for lower ISO/longer shutter speeds to reduce noise.

There is very rarely a need to go to Manual mode to lower the shutter speed for nice slow-shutter images; the camera does this by itself when stabilized properly. Still, Manual mode is the only way to get to manual HDR controls, or disable the soft mode that toggles every time the XZ1 Compact detects you are trying to make a portrait in Auto.

A handy and potentially shot-saving feature is called Predictive Capture. When the camera detects fast paced movement, it records a few of the moments before you press the shutter. So, if you were late in clicking the shutter button, you would be able to use one of those pre-cached shots instead. In the XZ1 Compact it also helps you catch missed smiles.

Predictive Capture is nice to have

Our real-life experience with the feature was mixed - it didn't kick in a few the times it should have. Still, it doesn't cost anything in terms of user experience so even if it only works occasionally it's still useful.

While on the topic of automated features with spotty reliability, autofocus burst is another novelty that is making its debut on the XZ1 series. It enables the camera to refocus between shots when doing a burst shot. It's not something you are going to need very often, but it can come in handy for snapping shots of your fast running kids or, you know, your electric scooter-riding colleagues. 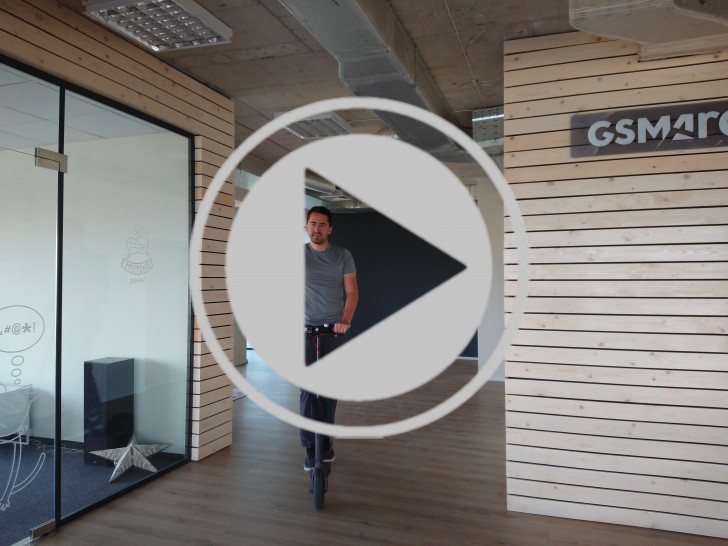 The Xperia XZ1 Compact camera samples are on par with its XZ1's in terms of quality. This means high level of detail, low noise, and no corner softness. The processing is very mature and noise in uniform color areas is kept in check. The colors are accurate, as is the white balance, and even the contrast is great. Even the dynamic range is superb across all test scenes.

The only place where noise suppression artifacts are visible is along contrasty edges, where the noise reduction is not as strong to help with definition. It's not a major issue and it's only visible if you view the photos 1:1 at pixel level.

Superior Auto is typically very good at recognizing the scenes and adjusting parameters. If it detects the need for HDR, it will shoot in Backlit mode automatically. That's probably the reason behind the great dynamic range across all samples. There is manual HDR mode available in, well, Manual mode, but its switch is hidden in the advanced settings. The Intelligent Auto mode is doing a good job, though, so you will rarely need to switch to Manual only to shoot HDR.

The Xperia XZ1 Compact's camera handled the low-light scenes very well. There is enough detail, and while the ISO could have been lower (and thus the noise levels), the pictures turned out very pleasant and with nice contrast even when zoomed at 100%.

On one hand, there is the lack of OIS, which means the camera can't shoot with shutter speeds less than 1/16s unless you mount the XZ1 Compact on a tripod - and Intelligent Auto successfully recognizes the fact. But even if you make it a habit to go out with a tripod, the heavy-handed noise reduction, which ironically isn't doing all that good of a job of masking the noise itself and just smears detail, is quite evident. It's not a terrible performance by any means, in fact we consider the low-light images as perfectly fine on their own, they just lag behind the flagship competition when compared directly.

If you set the phone up on a tripod, the shutter speed in Superior Auto can go as low as 0.8s. You can slow it even further - to 1s - if you switch to Manual. We wish Sony allowed for longer shutter speeds (say, 30s) but long exposure shooting is a niche application for a phone camera anyway. Here are two flagship-grade samples in quality shot at the slowest possible shutter speed of 1s.

We decided to snap a few side-by-side shots with the Galaxy S8 and then compare those to downscaled 12MP samples taken with the Compact. While the 12MP images by the Sony look indeed better once resized to lower resolution, they still aren't a match for the Galaxy S8's. 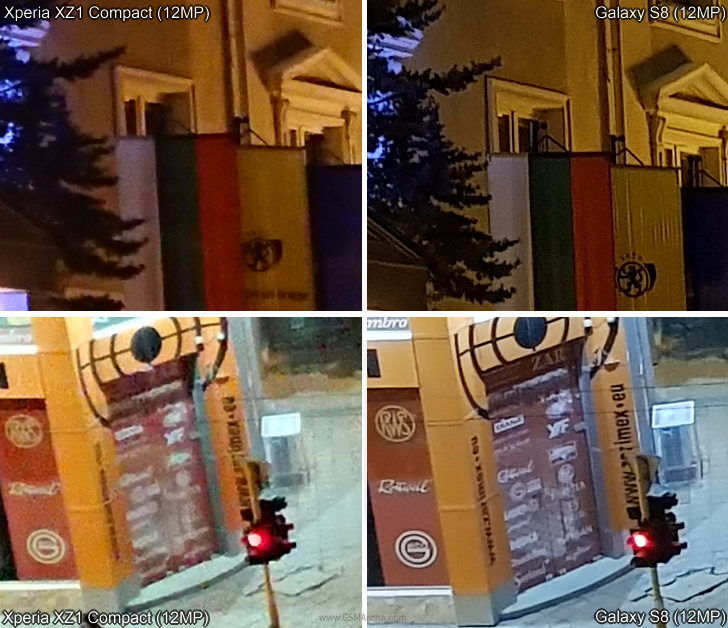 And here are the original samples.

On a positive note, the Xperia took a much better photo of the scene with the longer 1s-shutter speed, because at such low shutter speeds, the Galaxy camera activates an additional noise reduction routine which harms definition.

Finally, the panoramic shots the XZ1 Compact produces have a height of up to 3,500 pixels. Width is up to you, though, since you can stop the capturing process at any time. You do get plenty of detail and practically no stitching artifacts, unless you try to shoot moving objects. Oddly, the foliage in the pano shots is really soft - a complete opposite of the captured buildings and roads. 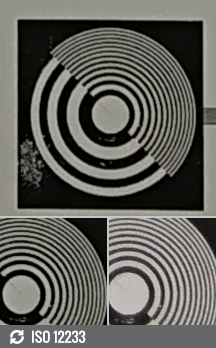 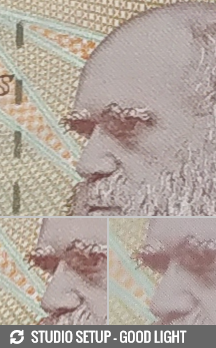 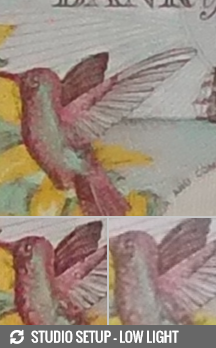 The Sony Xperia XZ1 Compact comes with a rather unique 8MP, 1/4" snapper with an impressively wide field of view. 120 degree, or a 12.5mm equivalent should be enough even for the most ambitious group shots. And in case that is a bit too broad to accommodate your regular selfie needs, there is also a toggle to bring it down to 80 degree (22mm equivalent).

The selfie quality isn't magnificent, and sometimes the soft skin effect smears fine detail to awkward extent, but the wide shots are quite impressive just because they are wide. We are sure quite a few selfie fans will appreciate this lens.

The XZ1 Compact borrows its video recording capabilities and prowess directly from the XZ1. Shooting modes include 4K with SteadyShot video stabilization and all the standards you would expect - 1080p/30fps and high-speed 1080p/60fps options. There is also a 120fps recording in 720p, and finally, there is the headline 960fps slow motion video recording - that's recorded again in 720p.

Historically, flagship Xperias have had no optical image stabilization, and neither does the XZ1 Compact. What it does have, however, is 5-axis image stabilization. Well, technically, the word axis might not be correct here, but the point is that Sony's system can compensate for translation along two axes and rotation around all three.

Shooting in 1080p/30fps mode gives you a choice between Standard and Intelligent Active options. It's this last mode that gets the headline 5-axis stabilization. Bumping resolution or frame rate higher than that (1080p @ 60fps or 4K) only gets you the SteadyShot Standard variety - 3-axis, but still does a great job.

4K clips have plenty of detail, great contrast, and accurate colors. There is no corner softness, while the noise levels are low. Processing is rather laid-back, in the sense that not much sharpening is applied. The final result is not necessarily to everybody's taste. Still, footage looks pretty natural and with a good dynamic range.

When shooting in 4K, the XZ1 Compact gives you a choice between H.264 or H.265 containers. The latter have a smaller storage footprint - a 30s 4K video is 200MB in H.264 but 180MB in H.265. Pixel-peeping didn't reveal any potential differences in quality between the two, unlike on previous models. It is worth opting for the newer and more efficient standard, especially now that YouTube supports it.

1080p videos come with very good quality and smooth framerate no matter if you opt for 30 or 60fps.

The playlist below has 4K videos shot with and without SteadyShot Standard, and a 1080p sample taken with Intelligent Active stabilization. As we mentioned earlier, the EIS stabilization is very good at getting rid of the shake.

The most fun feature of this camera surely has to be the 960fps slow motion video recording. The videos are recorded at 720p resolution and run at normal speed until you press the on-screen button that slows down time for a split second. The camera's buffer is enough for only a blink of an eye (0.18s), but a lot can happen in that tiny window when time slows to a crawl, and you catch the right moment.

Just like on the XZ1 and XZ Premium, the process to get to the 960fps video mode is rather complicated. You have to switch to video recording, then hit the slow-motion button, then start recording the video and then hit the slow motion button again at the moment you want. Realistically, this limits any hopes for using the mode to capture a surprise moment.

Even if you go through the sequence, nailing the right moment is still quite hard as the camera doesn't start recording when you hit the button. Instead, it offloads what's already in its buffer, so it shows you the recording of the events that have already happened when you press the button. Once you get the hang of this, it becomes much easier, but getting the timing just right is still a hit-or-miss affair.

As far as HD resolution goes, the quality of the slow-motion videos is decent. Just remember that for such high-speed shooting, you need plenty of light. We can't stress this enough. If the lighting is anything but perfect, you will end up with very noisy footage.

Below you have the XZ1 Compact in out video compare tool as well. 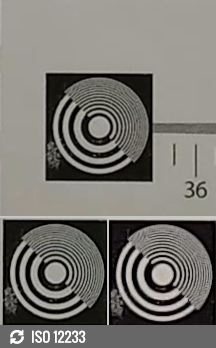 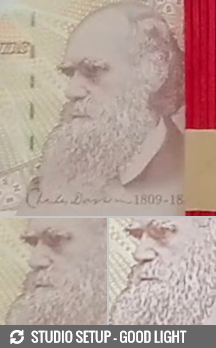 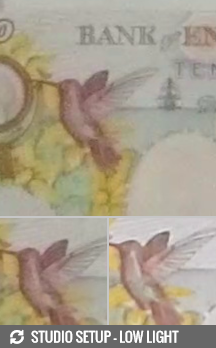 One of The best phones out there up to this day. Great overall. It's my 5th smartphone and I'm using it over a year now. Best so far! Great battery time, super fast performance, brilliant camera, great connectivity, HD HDR screen is exactly...

it's about 2 years when i bought my xz1 compact, this phone is superb and amazing! small phone but terrible ;