It took some time for Sony to catch up with that double camera craze, but it's already done it with the XZ2 Premium and now we hear it will go one step further and add four cameras in total for its upcoming Xperia XZ3 flagship. 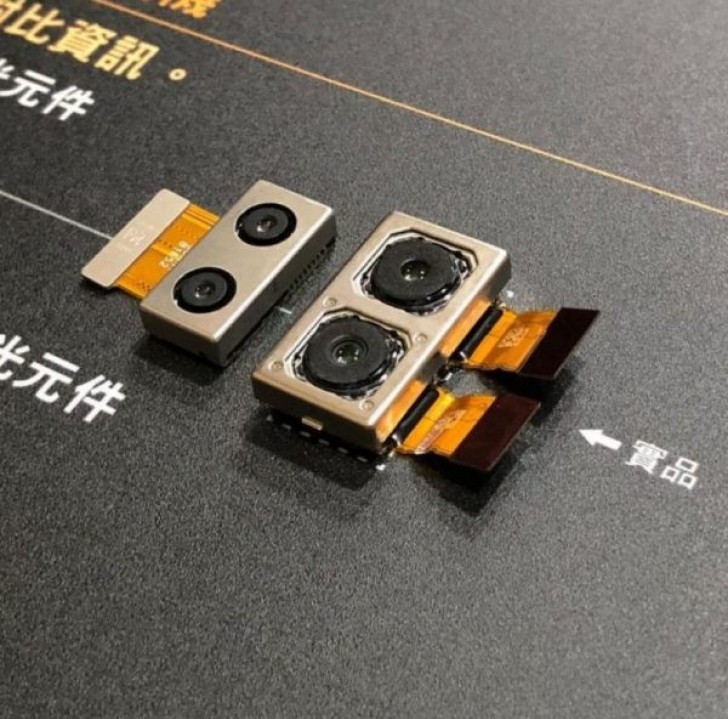 News about the device are rather scarce although, with Sony's biannual release cycle of flagships, we can expect the XZ3 to arrive in just two months - probably during this year's IFA in Berlin.

In any case, the leaked photo suggests a dual camera on the back and another dual setup at the front. Sadly, we don't know anything about those sensor's capabilities but looking at the photo, we see a striking similarity between this module and the one equipped on the Xperia XZ2 Premium.

Of course, there's no guarantee that the pictured modules belong to the future Xperia XZ3 but the Japanese media that ran the story claims the leak comes from a reputable source. Also, the report is in line with what we know so far about the device.

Sony Xperia XZ2 Premium up for pre-order in China, price lower than expected

If so, another innovation for Sony tech.

meh. Another marketing trick. After u promote something u say "oh sorry i dont mean to promote it".

The power bank and USB cable are separate if the cable worn out, that's fine not need worry about it. I actually charge my every devices with it. I bring my power bank separately so when I use my phone it is the actual size, I don't want add on any p...