Yesterday the first Sony Xperia XZ4 benchmark results surfaced on AnTuTu and today a Geekbench listing follows. The screenshot is taken from the score sheet on Geekbench and the results look more than promising. The handset got 3,497 points on the single-core test and 12,801 points on the multi-core test. 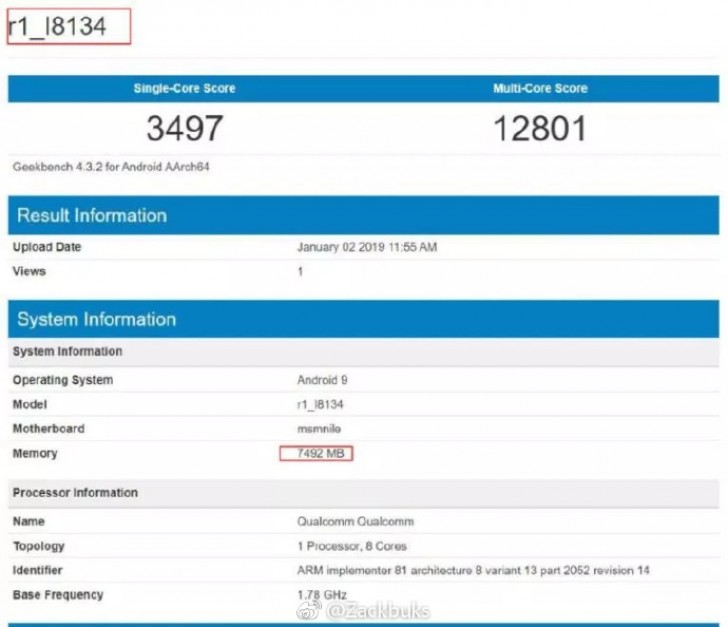 That's a significant increase in performance compared to last year's Snapdragon 845 chipset and also tops the A12 Bionic chip from Apple and Huawei's Kirin 980 when it comes to multi-core performance. The single-core test, however, isn't enough to dethrone the A12 Bionic.

In addition to the scores, the sheet also confirms that the phone will sport 8GB of RAM, or at least one of the versions, and will ship with Android 9.0 Pie. Not that anyone doubted the latter.

I bought my XZ2 from Hong Kong supplier and price was reasonable.

with every one lens every 6 months in sony

You mean your next flagship monster will be a Sony!