Aside from launching pre-orders for the newer Xperia XZ Premium in the US, today Sony has also started rolling out a software update for two other handsets. We're talking about the Xperia XZ and the Xperia X Performance.

Both of these models are currently in the process of receiving an update that will give them the latest Android security patches. After applying the new software, your XZ or X Performance will happily be on the June 1, 2017 security patch level, as evidenced by the screenshot below. 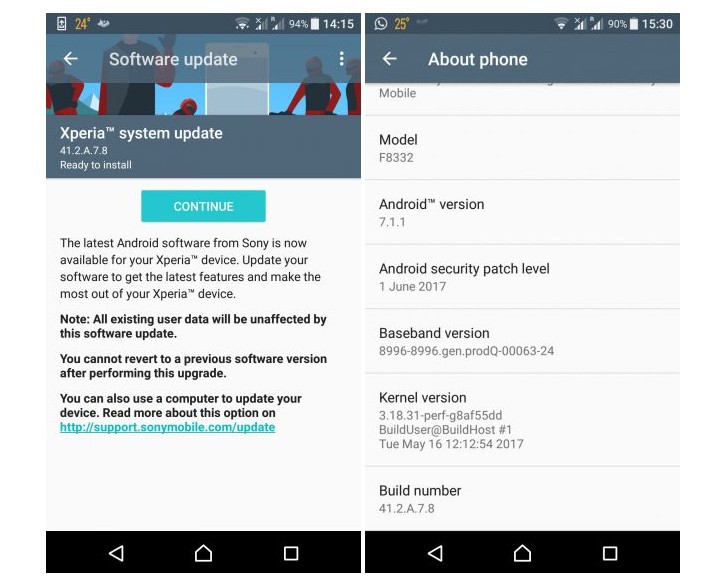 For both phones, the build number of the new release is 41.2.A.7.8. The Android version isn't changing on this occasion, it will still be 7.1.1 even after the update. No other changes, aside from the security patch level, have been noticed so far by people who have installed the update.

I'm the one who was complaining about the Z3 being stuck on May 2016 security patch, but yeah the Galaxy S4 came out before Google getting serious and still got a more recent patch than the Z3, the S5 got a 2017 patch after 3 years. So Samsung can do...

Aaawww... We love you too