Sony has started pushing out a new update to some of its Xperia X series smartphones (including the Xperia XZ, XZs, and X Performance). Arriving as version 41.3.A.2.99, it's a security update that brings along Android fixes for the month of March. 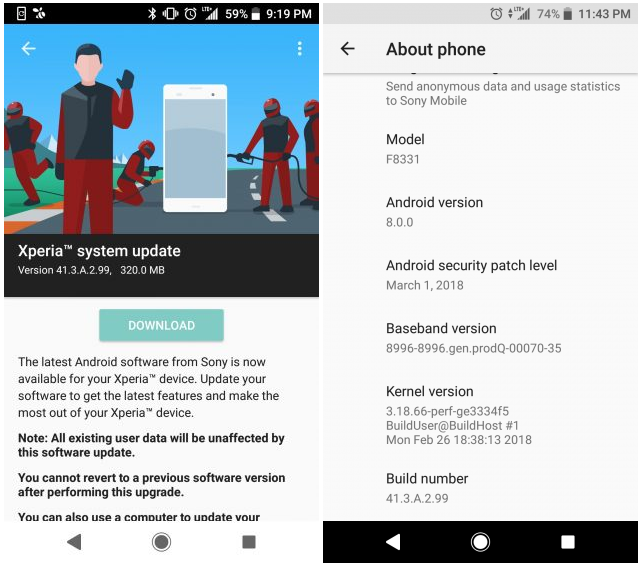 There's currently no information on whether or not the update includes some other major changes as well. Anyway, as the roll out has just begun, it may take time for the update notification to pop up on your device, so be patient.

Apparently the Sony Xperia XZ2 gets 6GB RAM in the US, UK and Canada as well

Sony doesn't honor your warranty outside the country where the ph. was bought, except for Europe. That's not a fair rule its discriminatory.

I just got my update to Oreo a few minutes ago. On Jan. 6 I got an update which somehow screw-up my phone touchscreen, am not able to pull down the notification bar and I was not able to press letters "P" "A" and back button. After this update I'm st...