To say we are eager to get the Xperia Z3 out for a spin would be a massive understatement - with the race track still warm from the Compact. After all, if the Robin in Sony's IFA lineup can do that well, we can only imagine what Batman is capable of. The Z3 is certainly one you wouldn't want to miss.

Sony's shorter update cycle sees the Xperia Z3 clock in just 6 months after its predecessor. At first glance, the next flagship isn't too generous with the upgrades, but anyone who has handled the Xperia Z2 will see most of its key issues addressed.

Curved at the edges for a fresh new look, the handset is supposed to offer improved ergonomics. Add the slimmer bezels, the loss of weight and the slimmer profile, and the Sony Xperia Z3 is already looking strong in the only area where its predecessor was open to criticism. 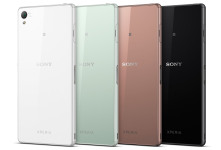 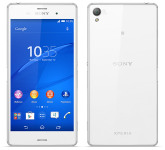 But it's not just the weaknesses that need looking at and the Xperia Z3 knows that. It tries to work on the main strengths of the Xperia Z2 too - it's got a higher IP certification while the 20MP camera has received a few cool new modes. Yet, it was the image processing that wasn't quite spot on last time around and we are really curious if Sony got it right this time.

But let's not get ahead of ourselves and stick to the plan - here goes the Sony Xperia Z3 review cheat sheet.

On the list of not-so-major improvements brought by the Sony Xperia Z3 we have a slightly faster CPU, wider audio format support and a longer list of compatible LTE bands. Curiously however, the battery capacity has been reduced - we can't help but wonder if the new flagship can match the excellent time of its predecessor?

So, a seemingly subtle update is already raising several interesting questions and it's about time we set to find the answers. Join us after the break where we examine the exterior and see if the new, curvier design works as well in real life as it looks in those pictures.

Its means this mobile phone is not best for use.. I baught this model. What are your opinion i buy this phone or not

I got z3 yesterday but has been battling to put on my data but without success. What am seeing is "Service provider data accounting may differ from your device. No apps used data during this period". What do I do?