We should all be familiar with Sony's custom gallery - Album. It organizes images into groups of thumbnails and sorted by date. You can change the thumbnails size by pinching.

Unlike previous versions there isn't a homepage that hosts all of your albums, instead you get the same swipe-able menu the app drawer offers. There you can find all of your online and offline albums.

The gallery can connect to online albums (PlayMemories, Facebook, Picasa, Flickr) and also to other devices on the local network. Maps and Globe albums are also available, which use geotagging info to sort photos by the location where they were taken, and faces, which groups photos by the faces of the people in them.

Editing can also be done from within Album app. It pops up a minimalist interface very similar to Google's Photos app, offering the ability to enhance your photos with a verity of filters, as well as adjust from a slew of settings including hue, levels, curves, and many more.

Images can also be cropped or rotated directly in the gallery. Quick sharing via Picasa, Email apps, Facebook, Bluetooth or MMS is also enabled.

Viewing an image • Editing is compact yet powerful

There's a slideshow using the SensMe brand and much like the music player feature, this one scans files and groups similar photos together.

The Walkman music player is part of the equipment of all recent Xperia smartphones. It now features wider audio support - in addition to popular formats such as MP3, AAC, WAV, the Walkman player also handles ALAC and FLAC.

The Walkman interface is based on a hidden swipe-able menu that sorts your music collection by Artist, Albums, Playlists, all songs and even the songs your friends are listening to (via a connected Facebook account). You can pop up the menu the same way you'd do it in the app drawer or the gallery - just swipe from the left edge of the screen.

Digging into the settings your can select custom presets for a wide range of Sony headsets, including the bundled NC31E/EM noise cancelling headset, which takes advantage of the built-in noise cancelling features of the Xperia Z3.

The Xperia Z3 also includes Sony's Digital Sound Enhancement Engine (DSEE), which upgrades the quality of compressed music files by using upsampling, but as can be expected from such an operation the results are hardly spectacular. We'd suggest you steer away from it as the added artifacts don't justify the benefits.

The Sony Xperia Z3 was able to play most of the video files we threw at it but had some issues with AC3 audio and videos that combined AAC audio with the AVC video codec. MOV files played without problem, a rarity on an Android device. In any event, you can always download a more capable (codec-wise) third-party app from the Google Play store.

The video player supports subtitles, and you can customize their looks. Unfortunately, you cannot manually pick the subtitle file, it has to reside in the video folder to load up.

The Sony Xperia Z3 did well in the first part of our audio quality test, which is where we plug it into an active external amplifier. The smartphone produced excellent scores all over the field as befits its flagship status. Volume levels however were rather disappointing so we can' give it full marks here.

Plugging in a pair of headphones leads to a moderate spike in stereo crosstalk, but the rest of the readings remain pretty good. Loudness deficiency hasn't been addressed, though, preventing the Xperia Z3 from matching its rivals despite a solid showing. 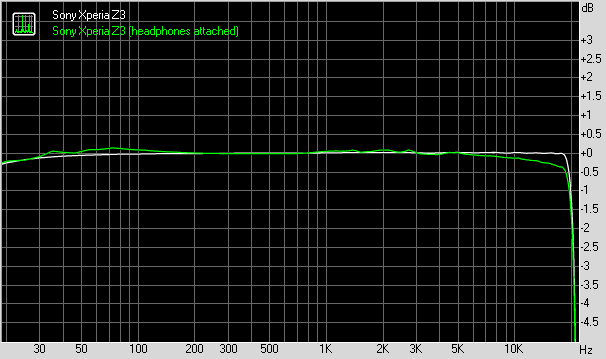 Its means this mobile phone is not best for use.. I baught this model. What are your opinion i buy this phone or not

I got z3 yesterday but has been battling to put on my data but without success. What am seeing is "Service provider data accounting may differ from your device. No apps used data during this period". What do I do?