The Xperia Z3+ is getting the exact same update as its successor, bearing an identical 32.3.A.0.372 version number. 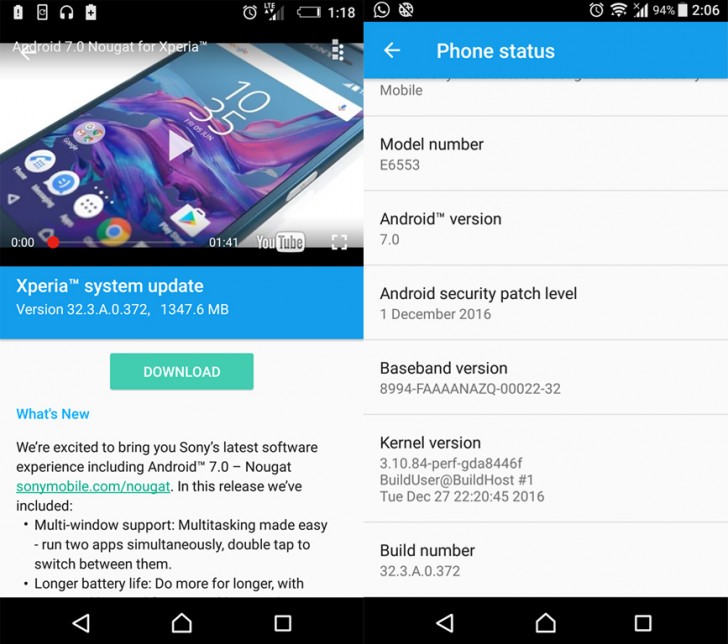 Android 7.0 is a good step up from Marshmallow in terms of features. It brings system-wide Multi-window support so you can now have Samsung-style fun on non-Samsung devices. Along for the ride is an improved Android Doze - the feature that ups stand-by with some app-pausing trickery and various (but just as important) security patches.

That i learnt through Xperiablog AFTER i got disappointed by not getting the X UI. Not so hypocritical you see.

Yeah it would be great if 'dancing clown' were included. At least there is something. HYPOCRITICAL CASE: "but i did expect X themes but dint get it so yeah a little disappointed" - Just the differentiated UI, thats it. All the update cycle and...

Well what do you want, a dancing clown in the UI? I have used both the Z5 and X series phones and there is not much difference apart from the X themes. There is now more smoothness on my Z5 than before and thats what matters more for me. I dont know ...