The MWC is ongoing in Barcelona where many smartphone makers have announced hardware and future technologies. Aside from folding smartphones from the likes of both Samsung and Huawei, 5G is at the forefront of most of the announcements which was mentioned by Xioami, Oppo, LG, and Huawei.

The report comes from Pocket-lint who spotted the device at both Sony and Qualcomm’s respective booths. Unfortunately, the 5G models being shown are not reflective of the final hardware intended for consumers and Sony hasn’t officially said when it’d release a 5G phone.

Adam Marsh, a member of Sony’s global communications team, told Pocket-lint that the device is not a “commercial product” but rather a test device being used for network experience testing. Marsh explained that Sony was testing different versions of the hardware for the purpose of “trying to understand [what would happen] if you take an antenna away from a certain place and make it thinner”. 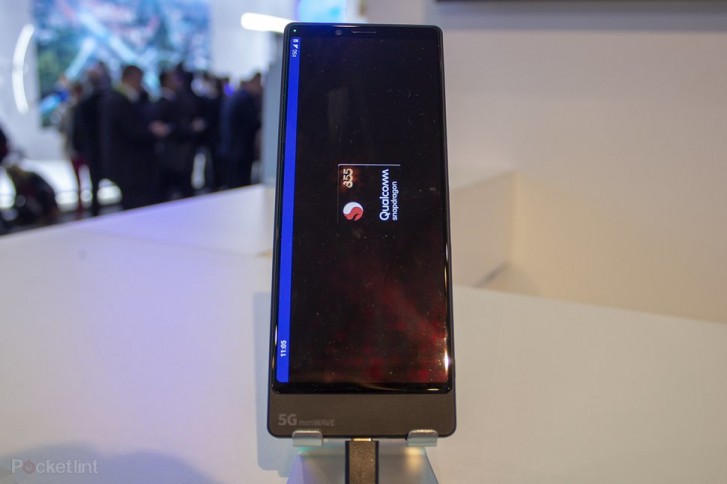 The prototype is internally being referred to as the “AG-1”, according to Marsh. He also explains that “[Sony is] massively involved in 5G, just not launching anything commercially just yet. You can see we have a product so in the near-future”.

The 'near-future' isn’t an exact time frame, but it does show that Sony is working to release one as soon as this year. Pocket-lint speculates that Sony’s commercially-available 5G smartphone could be unveiled at IFA 2019, which takes place this September. It will likely use the Qualcomm Snapdragon 855 paired with the X50 5G modem.

We wonder if Sony’s 5G phone will be a variant of the newly-unveiled Xperia 1 or if it will be a whole new product. Whatever the case, the prototype also had a thin upper bezel and a 21:9 ratio display but a much thicker lower bezel.

Half dozen alcatel phones leak ahead of MWC 2019

Lenovo Z6 Pro to make an appearance at MWC 2019

Guess Sony doesn't want to implement this feature randomly, they just want it as it should be.

For the less technically inclined, 5g can theoretically handle speeds 100 times faster than 4g, but the real difference is latency (the time it takes devices to contact each other) that is the real game changer.

4G/LTE is good enough for me. 5G just give vendor another chance to make more money and we have to pay more. it's unnecessary for our daily use. They want to dig deeper in our pocket