Spotify now available on the Samsung Gear S3 and S2

People have been asking about it and it’s finally here - Spotify just landed on the Samsung Gear S3 and Gear S2 smartwatches! It’s a bit limited, though.

For one, there’s no offline mode for Spotify Premium subscribers. You can listen over Wi-Fi and LTE, but that’s not going to work for owners of the Wi-Fi only models if they wanted to listen to music on the run. Also, Free users can stream Playlists (including Artist and Recently played lists) on shuffle mode, but only Premium subscribers can pick specific songs. 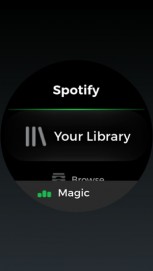 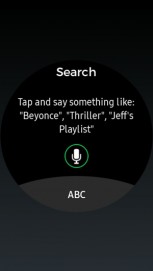 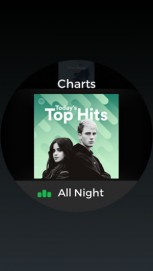 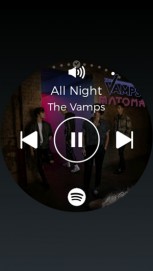 Still, the app has some cool Gear-specific features, like skipping through your playlist by rotating the bezel - you can do that without looking at the watch! Voice input is used to select songs (you can use the touchscreen, but it’s a hassle).

You can buy a certified refurbished Samsung Gear S2 for $109.99 until tomorrow

You should have a premium account to use the spotify over LTD. When you tried login to the app, it throw a message and won't allow you to login and use it over lte

Yeah, and that is Rolex or camel watches. Even Casio is better than Apple watch, that burn or infect your arm.

Its ok, samsung users are used to lacking functionality or functionality that does not perform as a normal user demands. Its too easy on Apple Watch, first time simply hardpress in the music app, select watch as source, let it sync/copy music to watc...