Following some legal troubles that Spotify faced with record labels, the streaming service is now live in India for some users. The company needed to come to an agreement with a couple of record labels that wouldn't budge with the market.

We're pleased with today's outcome. It ensures songwriters, artists, labels, and publishers will benefit from the financial opportunity of the Indian market and that consumers will enjoy an excellent Spotify experience. As we've said all along, we're hopeful for a negotiated solution with Warner based on market rates.

Both Sony and Universal signed on without a hitch but negotiations with Warner were a bit more complicated. The label was even accused of "abusive behavior" by Spotify. Warner's actions negatively impact non-Warner artists and publishers. To circumvent this, Spotify claimed a license intended to be used by TV and radio broadcasters so when Warner filed an injunction against Spotify in India, it was shot down. 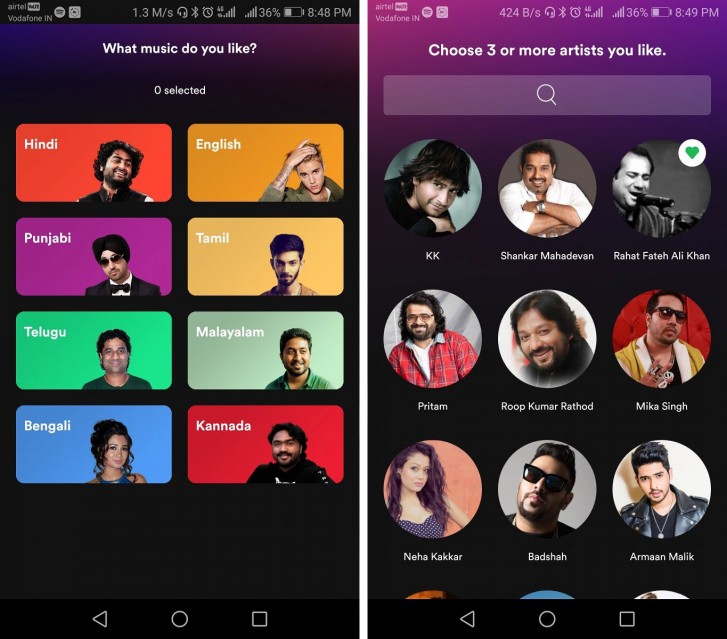 Spotify's pricing in India is aggressive. It undercuts Apple Music by a single INR in its monthly premium subscription cost. You can go with the free version of Spotify supported by ads and limited song skips. Premium pricing is as follows. The longer you pay for premium, the bigger the discount over time.

Mind you, these are top-up or one-time payment prices for the various periods. If you agree to pay a monthly fee instead, its 119 INR a month.

Now that Spotify is available alongside Google Play Music and Apple Music, what are your thoughts on either service? Will you switch over for a while to try out Spotify?

I really wish Google expands the playstore to your region too. You have made the right choice between spotify & apple music. Unless one is tied to apple's hardware, I don't find any reason to choose any of its services with various restrictions.

Torrent and uploading my own personal music collection to Google Play Music while enjoying its free features like smart recommendations, curated radio and podcasts is better than relying on streaming music services and its expensive premium subscript...