Sprint is launching the 5G Samsung Galaxy S10 in the summer

Rumor has it there will be more than one 5G version of Samsung's upcoming Galaxy S10, and that makes sense because it appears that at the beginning the new tech will require a customized model for each carrier using 5G. That's a pretty huge step back from the current state of 4G, but remember that LTE got started like that too.

Anyway, one of those 5G iterations of Samsung's next flagship is headed to Sprint, the carrier proudly announced in a press release today. Well, the company stopped short of naming the device, but did reveal that "an innovative, standards-based 5G smartphone" is "expected to launch in summer 2019 from Samsung". The obvious candidate is the S10, so let's not play Sprint's game and just call it. 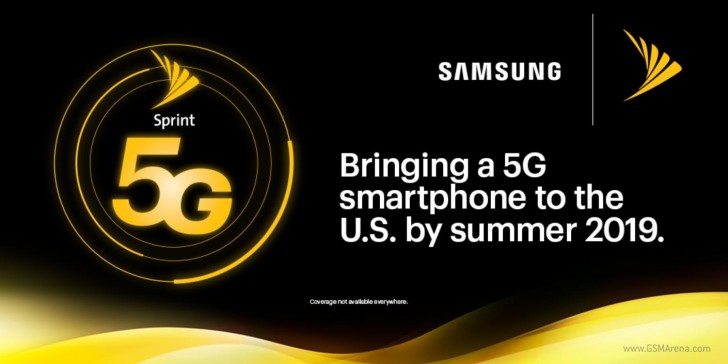 Sprint runs on a different type of network and tower that's not the same as other providers. Its not that it needs to be "fixed", they just needed more towers. Also if you were more knowledge than you claim to be, you would be aware of a merger happe...

Do you have proof of this? Also are you in the medical field or health? theres very minimal radiation emitting from these phones. The radiation risk that your pointing out are the RAYS that are coming from the satellites/towers to your phone and...

2500 euros for a phone? Are you kidding us? Thanks i will stay on 4G until the 5G phones gets a lot more cheaper.