Huawei’s EMUI 10 is already hitting 2019 flagships, but the company is not planning to stop there. The user interface was in beta for some time, but now a stable version will hit 2018 and 2017 smartphones including the Mate 10 lineup, as well as some affordable midrangers like the Honor 10 Lite and Honor 20i. 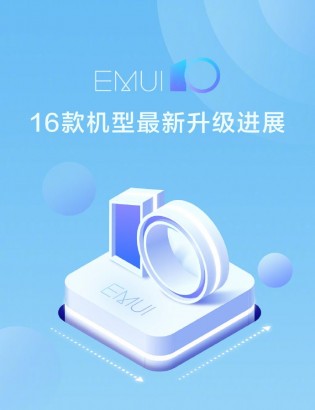 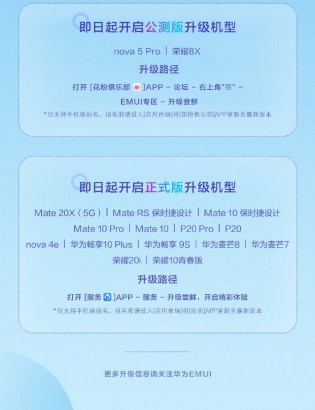 During the first stage of the EMUI 10 rollout, around a dozen phones from 2019 got the build, based on Android 10. The list includes Huawei P30 and P30 Pro, the Nova 5T and Honor 20 that Huawei tries to sell as different devices, and the non-5G Mate 20 X is also in the mix. Now, with the current rollout, its 5G sibling will also get EMUI 10, based on Android 10.

Here’s the full list of smartphones that started receiving the update in China. We hope to hear more on their international counterparts soon.

EMUI 10 brings a total design overhaul with new UI elements and larger titles. The icons also have a refreshed look, and now you can apply Universal dark mode, which works across the UI.