Smartwatches haven't quite been getting the same kind of interest as the early days, but is that because they are dying or have they just settled in and have become a part of our lives? Chip and Paul debate...

Paul: Steady growth is the opposite of dead

According to a recent forecast from Internation Data Corp (IDC) published in June '18, we're going to be buying 43.5 million smartwatches in 2018. Estimated to double by 2022 as sales are forecasted to reach 89.1 million. Doesn't sound like a death cry to me. 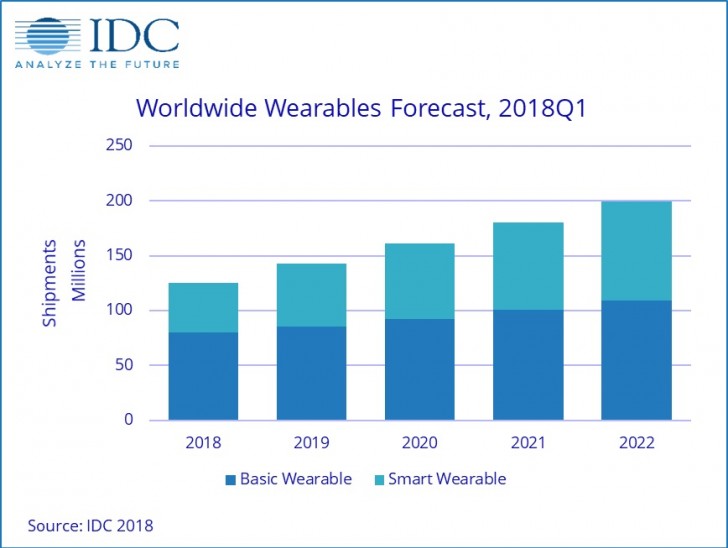 So far from being dead, the smartwatch category is forecasted to grow, albeit with barely double digits, and let's not forget the growth the category has experienced to date.

Of course, they're lies, damn lies, and statistics, as the quote goes, but maybe the question we should be asking is 'Why do we think smartwatches are dead?'

Smartwatches, or even analog watches for that matter, aren't relevant to everyone - and that's fine. What this does mean is that there are fewer of us to get excited about this category.

I would group smartwatches into the same category as the majority of consumer electronic devices, including tablets and televisions when it comes to how often we replace these devices, we just don't need to replace them as frequently. When Garmin announced the new Fenix 5 Plus family recently, I didn't need to rush out to replace my Fenix 5 that I purchased in March '17. This is a major contributing factor to lower overall sales when compared to smartphones.

It's still a young category. Yes, you either accept poor battery life or compromise on screen quality but we know that will improve when MicroLED displays arrive and as other components are optimized to sip even less juice. We've become accustomed to a rapid pace of change with our smartphones but smartwatch manufacturers and their component suppliers can't support that pace based on the smaller market and slower replacement cycle when compared to smartphones. Hence why Qualcomm's 3100 SoC for smartwatches is only just now about to be announced.

If I'm not careful I'll just end up regurgitating my recent articles on wearables, so I'll draw it to a close. This week when Samsung launched the Galaxy Watch, while it wasn't a game changer, it's certainly becoming a more rounded and capable device.

When I reviewed the Gear Sport last year I wasn't happy with the depth or breadth of the health and fitness elements and I found its real-world battery life wanting. The Galaxy Watch looks to have addressed some of those areas, only our review will tell, and with its new calendar watchface, Samsung proves it can still surprise us.

So yes, smartwatches are alive and well and growing. Thinking about it, by the time 2022 does come rolling around, our smartwatches will be packing MicroLED displays, multi-week battery life and a plethora of health and fitness sensors.

Chip: Something that was never really alive can't die

Torture a data set long enough and it will admit to anything, right Paul? IDC is making a five-year prediction for a market that's barely 4 years old - I've seen more trustworthy stuff in Flat Earthers' Facebook pages. That same company predicted that Windows Phone would be the biggest gainer over the past four years, mind you.

Meanwhile looking at data that hasn't been completely made up - that is actual sales show very modest single digit growth. And while any growth would normally appear as good news there are a few things to consider here.

First and foremost the growth is mostly driven by smart bands rather than smartwatches - it's just that the market is so nuanced that instead of trying to find an arbitrary division line, statisticians lump them all in the smart wearable category. Second, this is a very new market with little revenue to it so it actually needs to be exploding to justify the substantial R&D costs and it simply isn't doing that.

Which would explain why after the initial enthusiasm, where everyone was overestimating the demand the smartwatch niche will create, it came time for a reality check. The smartwatches never really managed to excite casual consumers, who never saw how they can improve their lives.

This poured cold water on makers' ambitions as they realized people want smartwatches either as a fashion accessory with dial or as an aid in their running or cycling workouts. That's not much of market already and it's made even worse as the first group realizes that the price it has to pay for the cool customizable dials is charging another device all the time.

So we are seeing the same watches being released year after year with minor changes to their designs and few new features. The Apple Watch Series 3 might pack far more impressive hardware than the original Apple Watch, but in everyday it makes next to no difference. Same with Samsung's Galaxy Watch compared to the 2016 Gear S2 and Huawei's Watch 3 compared to the original Watch. Maker are left with price cuts and bundle deals to boost sales, rather than trying to release exciting new devices.

In conclusion I'd like to underline that I'm not saying that smartwatches will disappear altogether and their market will shrink to zero. They will still be around and there will always be several makers to offer different design options. However, they never managed to become a necessity on their own, which means their development will only depend on what smartphone components and features can be trickled down to them. And that means going forward the smartwatch market will be as exciting as the vacuum cleaner one. It may not be death, but it's hardly living either.

What do you think?

You’ve heard our ramblings, now cast your votes. Do you side with Paul or do you think Chip has it right?

The Garmin vivoactive 3 Music has storage for 500 songs

I own a smartwatch for 2 years and I cannot imagine myself going back to the old-school watches. If you think a bit what is giving you a classic watch (time and good looks) then it is not really hard to imagine that easily you could match and exceed ...

Dont get me wrong, Nobody is saying tablets are not useful, but my point is about their shelf life, smartwatches and tablets have a longer shelf life then a phone and easily last people a few years before upgrading, hense their apparent sales decline...