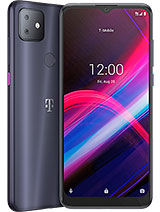 Complete junk! They'll bait you in with a "free iPhone" if you switch your number and give you this crab (because they have not "that free iPhone"). Works when it feels like it and the charging port breaks apart (of course) when you're overseas and can't find no support or parts!

The rebel 4 + is a piece of junk. Cheaply made. The battery was great for about 3 months .
Now it won't charge at all and that's just one of the things I hate about this phone. I regret ever buying it. This phone gets a big -3 stars. I do not recommend buying the revvl 4 +. Big waste of money

I got this 4g phone when 5g made all 4g free. Without a case, the screen picks up my palm as a touch if I'm not careful how I hold it. Speaker hole easily covered too.

On the plus side I like the ram/storage/battery size. Battery charges to 90% in just over an hour.

Akwasi, 02 Sep 2021What is the abbreviation of REVVLI don't think REVVL is an abbreviation. Maybe it's just a made up code word that sounds aesthetically nice or something...???

What is the abbreviation of REVVL

Sucks!!!! The charger broke and I didn't like the phone!!

Anonymous, 10 Jun 2021The phone is garbageMy charge ORT is dead ,only owned the phone 6months ,can't use it. Sucks.

I love my Revvl 4+! The only problem I had was not getting notifications in a timely manner. Turns out this was an Android "feature" that was easy to correct. I turned off battery optimization for my messaging apps which weren't giving notifications and turned off the "Adaptive Notifications" feature, which uses some sort of Google AI to guess what notifications you want to receive.

Battery life on this phone is decent and it's reasonably quick. I don't use it for voice calls much, so I can't speak to the reliability for voice calls.

The phone is garbage

I purchased this phone a couple weeks after it's release in September 2020 and I love it. My phone works fine. No issues whatsoever, at this point.

I have never had a phone like this before. I hope I will never have another like it again. We went through 5 of these before we could ever get two to work at the same time. We got them in December and got rid of them in at the end of April. i spent more time at T-Mobile in 5 months than than 30 years at all other carriers combined. You should avoid these phones like poison ivy unless you like headaches. I know there are some positives (like pictures and fast charging) but we needed 2 phones we could make and receive calls on even if they are cheap. Maybe I was asking for too much.

wiiengineer, 26 Oct 2020Don't waste your time on this phone, if you want somet... moreLoL🤭

Yes I noticed the same speaker issue with my phone but I thought it was a malfunction only on my phone but now since reading your review I see that this is an issue that T-Mobile dealt to the public across the board.

Been using this phone since last year, very good running specs for the money. Holds a charge long, and charges very quickly. Great for gaming. Sound issues, and screen issues.

- Sound quality is pretty bad, and comes from one of 2 speakers on the bottom edge of the phone, so by holding the phone it's easy to cover inadvertently, thus muffling the sound, not to mention it's coming from a bad angle indirect to your ears.

- Netflix codec is incompatible with Revvl4+, no video but has audio, apparently it's the manufacturer's problem, not Netflix's.

- Selfie camera dips down into the top of the display viewport, so some screen elements are covered up at times.

Malik, 03 Feb 2021It’s a lie the phone is good. I’ve been using it for the pa... moreAre you speaking to me? Because if you read and actually understood my comment you would know I did pretty much nothing but praise the phone, in no way did I say or do I expect this (actually)$250 dollar phone, to act like $1000 dollar phone, so I'm not sure why you would be disagreeing with me considering I'm saying the same thing you are, you don't make sense arguing with my comment lol

wiiengineer, 26 Oct 2020Don't waste your time on this phone, if you want somet... moreBuddy, did you think you were getting an actual flagship for free when you ported to Metro by T-Mobile? Man this is an excellent mid grade Android device made by a company who has built a reputation for making mediocre hardware sing!

If you want a Flagship, get any Galaxy S or Note series phone. Or any LG G series think model. Hell I went the cheaper route for a more than Flagship quality phone and got a OnePlus 6T and couldn't be happier.