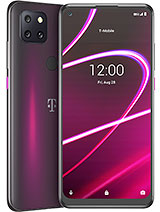 knickmon, 11 Apr 2022Weird reason this phone is so bad. Believe it or not, this... moreAnd it ass-dials more than any other phone in the history of phones.

Weird reason this phone is so bad.
Believe it or not, this phone is TOO slippery. It falls everywhere, it slides off beds, your leg, it even will pop out of your pocket. I get the feeling the design is intentional. They want you to break it, so you must replace it. What a marketing technique!!
Buy something else!!

how you answer an incoming call? I dont see an answer button....

Anonymous, 10 Mar 2022Hate hate hate this phone. Dropped calls, calls and texts ... moreHello it might be a carrier issue or the phone is set up incorrectly. Or your location. Or my phone made it out okay for now. It's a t790w

anonymous, 18 Mar 2022Picked it up because it was around 200 bucks new. It took c... moreBattery update. Battery is pretty good when the phone is idle and not in use and drains slowly. When the phone is in heavy use like playing a game, its less effective and could be better. Charging still isnt super fast. Overall, the battery doesnt seem as bad as I originally thought but it still has issues.

Picked it up because it was around 200 bucks new. It took close to 4 hours to charge 100% out the box which seemed rather long. Battery life was down to low 80s percent after a hour and 15 minutes of setting up the phone, installing apps, deleting bloatware, and playing 1 game for 10 minutes. Battery life doesnt seem too great. Other than that it seems to run ok. Im used to Alcatel phones so the quality or lack thereof isnt a shock to me.

Unbravewintermute, 06 Aug 2021You and melonman3463 are probably right. I think it must be... moreHate hate hate this phone. Dropped calls, calls and texts that never got through. Doctor calls never received...I could go on and on. Save time and money and get something else. Never had so much trouble and aggravation. I am now back to a Samsung and not one bit of trouble.

My biggest and really only issue: After an update, like the Android 10 or something, my headset stopped working with the phone. 😑 Just updated to Android 11, problem still persists. This headset works with literally any other phone I plug it into. Very disappointed.

Cons:
-EVERYTHING.
Pros:
-Nothing. The only good part about it is the ability to listen to music without the loading that takes a looooong time on the way to school. Well, if you're the same age as me.

Darius, 04 Jan 2022Why give the device such a bad review if your main issue an... moreThis phone is the problem, not the carrier. My previous phones long before TMobile took over metro and even after all got signal all the time. This phone has crap reception, and it is not the service, it is the phone.

The search history cannot be deleted without disabling it completely.

The messaging app is also bad, half the time it says 8m offline even with a good signal. You cannot jump to the letter in your contacts, have to literally scroll the whole list. There is no default music player. I can go on about the reasons this phone sucks, but I think the point is made.

T -Mobile REVVL 5G - A free phone with over $100 in setup/service charges. What a waste of money. I hate this thing. I would rather have a $29 LG Flip phone. Seriously. Save your self a lot of frustration and buy a Samsung.

Sonny, 18 Jan 2022They should be reported to the government for selling this ... moreThis is the worst phone ever. On my second phone and having many issues.

paul, 05 Feb 2022where is the icon on this phones statics bar for text messa... moreI had problems using the text messenger app that came with this phone as well. After a few months, text were not being sent or received by the app. I had to install and use the official Google text messenger app instead. Some of my old messages that were handled by the previous app didn't transfer over to the Google app, for some reason. Other than that, it worked and still works. This might solve your problem as well.

where is the icon on this phones statics bar for text messages. i have gotten several texts in the three weeks that ive had it. even the tech on 611 couldnt find it after 30 minutes. she told me to go to the tmobile store. got phone free for trade in on apple iphone 6 which lasted 8 years, i hope this one can last 1 year.

G., 26 Jan 2022This device will not allow you to set a custom ringtone as ... moreI was able to customize my ringtones with this phone without a third party app. It's easy. Follow these steps for all contacts. 1. Go to settings. 2.Scrool down to "Sounds". 3. Scroll down to "Phone ringtone". 4. Scroll down to "Add ringtone" 5.Select Ringtone from phone's/program's file viewer.
For customizing individual contact ringtones, follow these steps. 1.Go to contacts. 2.Click on a contact. 3. Press the button that's three dots in a line, in the upper right corner. 4. Press "Set Ringtone". 5.Pick a ringtone that's in the list or scroll down to "Add ringtone" and select Ringtone from phone's/program's file viewer.
Oh, as a side not, I don't think you can customize individual contact text sounds.

This device will not allow you to set a custom ringtone as my previous phones had ( Galaxy,Lg).
Songs that are imported from my file did not play once they show in the list of available songs after importing. I was told that the workaround required downloading a third party app which is in my opinion insane

too many steps to attach photos for text messages ; phone should of had a photo icon on message screen

There's a magnifier in the text box that i can't turn off, and it interferes with the functionality of boxes in which we enter text. The "view simplified page" option takes dozens of swipes to get rid of. One would think they do product testing on these things, but they don't.

The phone company that gave me a free revvl5 was metro. This phone doesn't even connect to the service I have to literally run on wifi. Plus it sends blurred pics and receives blurry pics. Mind you this is the second phone that does the same thing. I filed an FCC complaint just waiting while still paying for services not rendered. OUCH!

Anonymous, 06 Jan 2022I usually don't like wasting my time to rate things, b... moreI totally agree! I hate this phone! On second phone had same problems come up. Had to add apps manually because bringing over through Google kept crashing the phone wouldn't save recent calls. Crazy as clearly this is a Google based phone.