COVID-19 definitely put a snag in the collective MWC 2020 plans as a whole. Which would be a nice way of saying that the event had to be canceled and understandably so. This development might be unfortunate, but most manufacturers are already shifting plans around to bring their respective MWC showcases and devices to the public on an alternative schedule. TCL is in this exact same boat, with new own-branded phones skipping MWC and now expected to arrive in the near future. 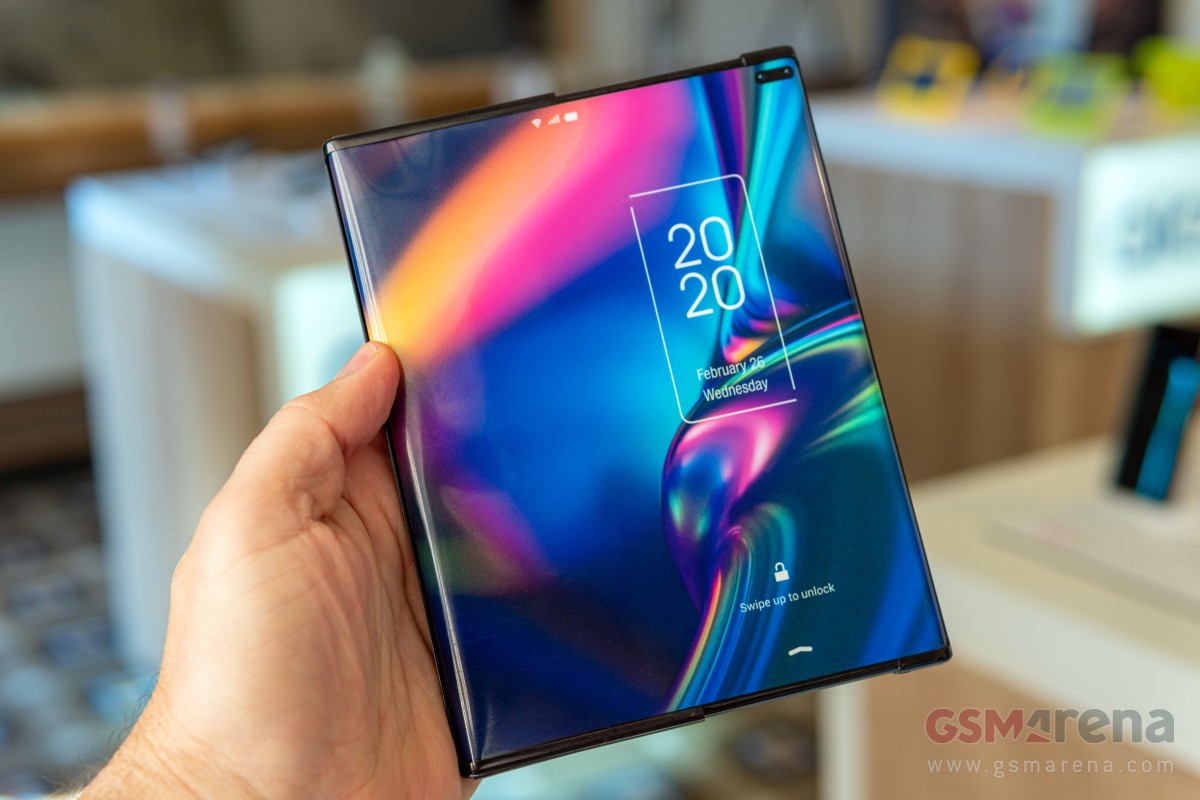 In a rather odd development, TCL did still decide to bring a few devices over to Barcelona, during what was originally supposed to be MWC. We got to check these out briefly and we do have a few thoughts to share.

Before we get into the actual meat of things, though, we should clarify that all of these devices are pretty early-stage foldable display prototypes and far from actual products and not even remotely close-to-finished. They don't have official model numbers attached to them and some of the units we were handled even lacked a functional display, featuring a dummy printout instead. TCL is clearly trying its best to make its foldable display efforts known, without really making any specific promises for the future. And, as some of you might remember, this isn't the first such showcase by the company. In fact, MWC 2019 saw a very similar array of prototypes on display. That being said, a year later, TCL's conceptual design looks a lot more refined overall and are worth checking out for that reason alone.

The design is unnecessarily flashy

TCL keep it up