Samsung’s next big Unpacked event is scheduled for August 10 and the company promised to release teasers in the built-up to the event. Here is one, though note that it comes through unofficial means – it was posted by leakster @chunvn8888.

The teaser states the mission goal of Samsung’s Z-series – “Flex is greater than Flat”. The video shows the silhouettes of the two foldables, the Galaxy Z Flip4 and Z Fold4, but it’s a “blink and you miss it” moment. We tried to brighten things up for the header image, below is a copy of that image for a closer look. 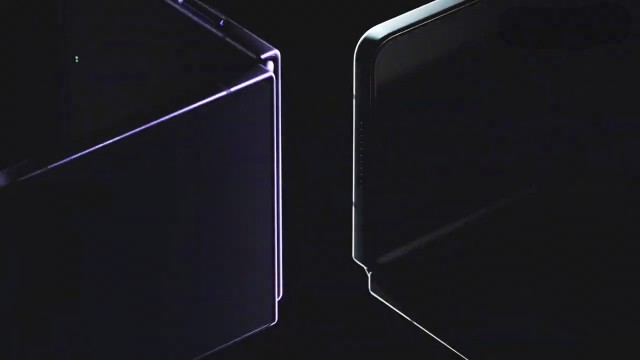 The end shows a clear side view of the Z Flip4, which we’ve seen that featured in previous teasers. That side view forms a “greater than” sign that sits between “Next Galaxy” and “Phones Now”.

Samsung also recently posted a short video showing off its mostly automated factory, which is producing the Ultra Thin Glass (UTG) panes for its foldable phones. Have a look:

Samsung’s firm belief that foldables are the future has to confront the present day reality that they are still quite expensive. The upcoming foldables may actually be more expensive than the current models, at least if the leaked pricing info is correct. Either way, we’re some way away from seeing the first properly affordable foldable.

Expect to see more teasers from official (and unofficial) channels soon. In the mean time, check the related articles below for a look at the rumored specifications of the Samsung Galaxy Z Flip4 and Z Fold4 (and keep in mind that the new Galaxy Watch5 series is coming too, as are new Galaxy Buds 3 Pro).

go for pixel devices instead if your not a fan of heavy skin but if yes you have a lot of options out there.

I know more than half the world's population and that has been verified by the other half. They all buy Flip phones from Samsung. The source it the same rear orifice your nonsense came out of. The fact is, Samsung sold nearly ten million o...

i only buys samsung because i dont like apple ecosystem. but when i saw how fallen they (samsung) are, with their bs (flex is greater than flat, at current technology of screen) and crazy high price. within next year i will upgrade to other phone, so...