Tecno is one of the brands that the Chinese tech giant Transsion is using for its overseas markets - and most prominently, in Africa. The brand is probably best known for its Camon series - a flagship line of sorts with a clear focus on the camera experience. However, there is also the Phantom line, which has more or less been spun up into its own separate entity. One that aims to deliver truly flagship devices and experiences.

Last year saw the release of the original Phantom X, and now the Phantom X2 series is here. It has two models in its ranks - the vanilla Phantom X2 and the Phantom X2 Pro. We currently have the latter at the office for the full review treatment.

The Phantom X2 Pro is a truly premium device from its eye-catching and ergonomic unibody design through its flagship internals with a MediaTek Dimensity 9000 chipset, its large battery and all the way to the spotlight feature retractable portrait camera.

The Phantom X2 Pro has a pronounced focus on photography, which we will definitely explore. It is also positioning itself as an eco-friendly phone with one particular Eco-Friendly edition of the device using recycled ocean plastics for its back cover.

Overall, the Phantom X2 Pro is a well-rounded flagship device that doesn't skimp on any particular part of its specs sheet. Some of its other highlights include a 6.8-inch, 120Hz AMOLED display, dual SIM support, 5160mAh battery, and fast 45W charging - all housed in a relatively compact body.

Before we explore the phone itself, let's look at the retail box first. We can't say for sure that the press kit we received will be identical to the retail box users will get. That's worth keeping in mind. What we got is a rather big two-piece cardboard box. A very sturdy one, which is great to see. 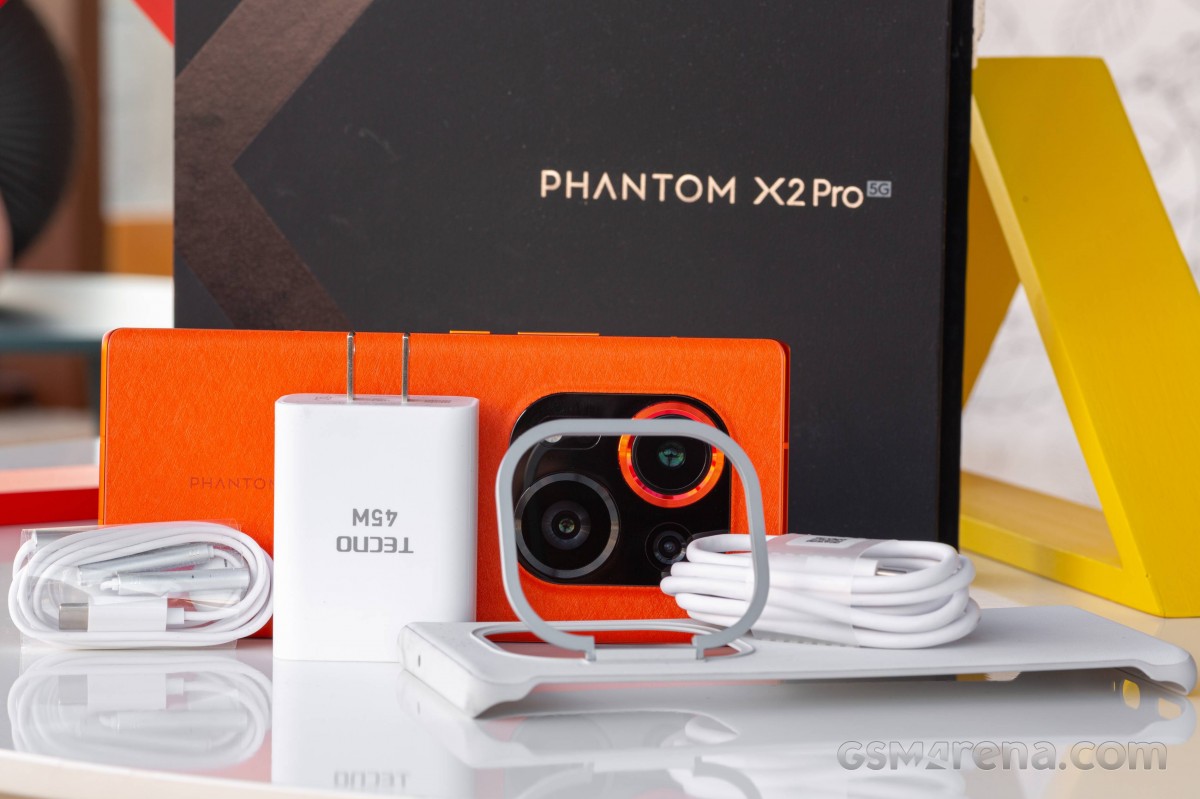 Inside, besides the phone, nestled in its own cradle, we also found a 45W charger, a Type-C cable to go along with it, a hard case with a stand and a pair of nice-looking earbuds with an in-line microphone.

The case in particular stands out with its design, and it's a notch above almost any other case we've seen bundled for free with a phone.

Then get a foldable.