The jury reached a verdict in Apple vs. Samsung case

The tech's biggest court trial has ended with a verdict in Apple's favor. After a relatively short deliberation, the jury decided rather overwhelmingly that Samsung infringed Apple's intellectual property with multiple devices. The Korean company will therefore have to pay $ 1.05 billion in damages to Apple. 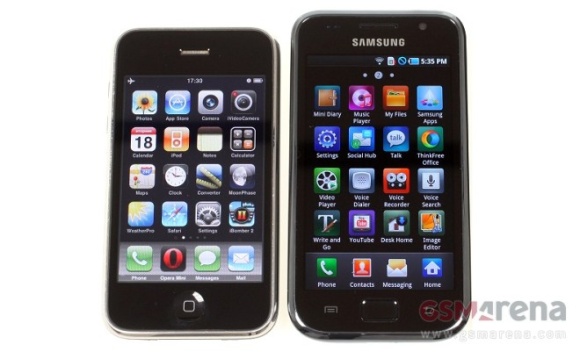 Furthermore, regarding Samsung's own countersuit against Apple, the jury has found that Apple has not infringed upon the Korean giant's patents. Samsung will therefore receive nothing from Apple for its claims.

Both companies have issued statements after the verdict.

Here’s what Samsung had to say.

Today's verdict should not be viewed as a win for Apple, but as a loss for the American consumer. It will lead to fewer choices, less innovation, and potentially higher prices. It is unfortunate that patent law can be manipulated to give one company a monopoly over rectangles with rounded corners, or technology that is being improved every day by Samsung and other companies. Consumers have the right to choices, and they know what they are buying when they purchase Samsung products. This is not the final word in this case or in battles being waged in courts and tribunals around the world, some of which have already rejected many of Apple's claims. Samsung will continue to innovate and offer choices for the consumer.

And here is Apple's own statement, which followed right after Samsung's.

We are grateful to the jury for their service and for investing the time to listen to our story and we were thrilled to be able to finally tell it. The mountain of evidence presented during the trail showed that Samsung’s copying went far deeper than even we knew. The lawsuits between Apple and Samsung were about much more than patents or money. They were about values. At Apple, we value originality and innovation and pour our lives into making the best products on earth. We make these products to delight our customers, not for our competitors to flagrantly copy. We applaud the court for finding Samsung’s behavior willful and for sending a loud and clear message that stealing isn’t right.

While the $1.05 billion which the jury awarded in Apple's favor is far from the $2.5 billion the Cupertino based company asked for, it is nevertheless a major win for the company. The verdict's significance will likely influence the future fate of quite a few legal tussles involving Apple. It is also likely to impact the design of future smartphones in a major fashion.

Of course, the whole affair is far from over. Following next is an injunction hearing, which is scheduled to take place on September 20th. It will determine the fate of many Samsung smartphones currently on sale, which the jury found as infringing on Apple's patents. As always, we'll keep a close look on the matter and update you accordingly.

Are u saying they aren't? What's your contribution to innovation in this world? Why cant pll just accept it exists and choose your own preference. Why does it always have to end in this childish "mine is better" talk. Both companies have in...

apple ran out of innovations to compete with samsung and felt threatened so they manipulates law which benefits them but they dont realize people hate apple more after all this. For samsung, THANK YOU for your non stop innovations to the world. i sta...