The Oreo update for Nokia 2 to go live soon, beta testing has ended

The Nokia 2's software fate is a bit odd - the entry-level smartphone launched in 2017 on Nougat, and with just 1GB of RAM on board, it was deemed problematic to boot the more demanding Oreo once it was time for update. So Nokia came up with the idea to make the update optional - you either stay on Nougat for faster user experience, or you go Oreo and lose some UI snappiness. 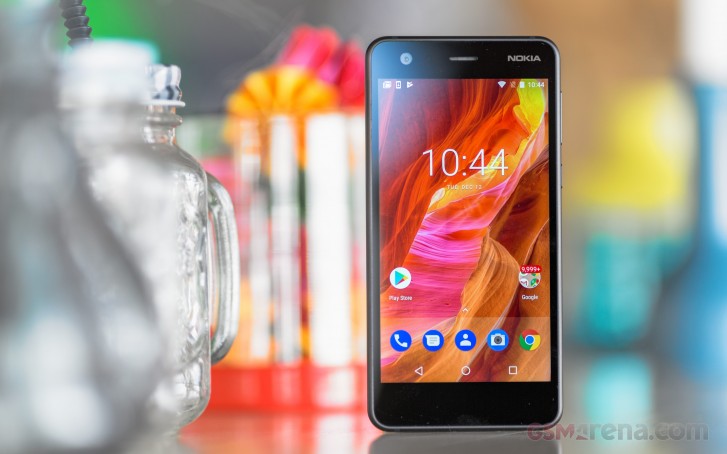 Well, the Oreo build is now apparently almost ready for release. Members of the beta program have received emails that the testing phase has concluded and the update is close to being official. It'll bring Android 8.1 to the Nokia 2, and it will be proper Android, not Android Go, since the switch from one to the other isn't really possible, as HMD CPO Juho Sarvikas previously clarified.

When exactly the update will arrive is unclear, but it does say 'soon' in the emails.

Nokia 2 to get Oreo update soon, but there's a catch

You can now get Android 8.1 Oreo on the Nokia 2 via Nokia phones beta labs

Nokia 2 is getting Android Oreo in June

I doubt u r SANE, dude... If u live in India, there are TONS of Android phones with better specs around the same price. Did U realized that THE REASONS why K6 power was heavy because of the Aluminum body & its 4000mAh battery? That's wh...

Please pardon my rant but here is a justification why someone would buy 1GB RAM phone. Well as a SANE person I had to get Nokia 1 (with 1 GB RAM and 8 GB internal) for my Dad. He wasn't using Lenovo K6 power I got him earlier saying it's big and he...

Yes? There’s a difference between made in China and made by Chinese company.