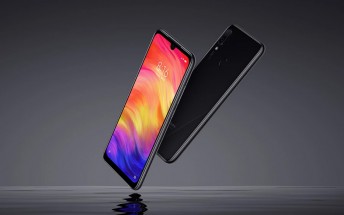 If you were hoping the Redmi Note 7 Pro will go global so you can have the faster chipset, we have some bad news. Those were delivered by Xiaomi's Regional Director for Southeast Asia John Chen, who said it’s not happening. The Pro will remain exclusive to China and India due to Redmi’s product strategy.

The naming scheme makes things a little confusing as the “Redmi Note 7” in India has a 12MP main sensor on the back while the 48MP sensor is reserved for the Pro model. Outside of India, however, the 48MP sensor is used (yes, even in China).

That said, the cameras are not identical as the Pro model can shoot 2160p video and the non-Pro (regardless of which sensor it has) tops out at 1080p. Here are the specs compared.

Most recently, the global Redmi Note 7 launched in Thailand and the Philippines at THB 5,000 and PHP 8,000, respectively.

which name though ? O_O

Or better wait for Mi A3.

You can buy from china thru shopee