The Samsung Galaxy A22 5G will have a 90Hz display, an IPS LCD panel whose dimensions aren’t quite certain – we’ve heard 6.4” before, but this latest rumor claims a larger 6.6” diagonal. This could be a case of the 4G and 5G versions getting mixed up (they will differ by more than just the screen).

What’s more interesting is that the rumor suggests a 1080p+ resolution for the display and the Google Play Console agrees. This is unexpected as the Galaxy A32 5G has a basic 720p+ 60Hz display. 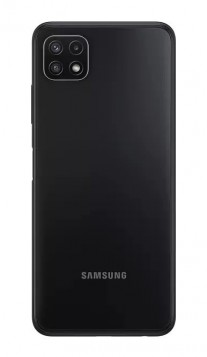 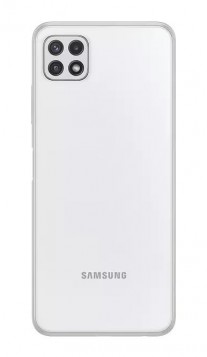 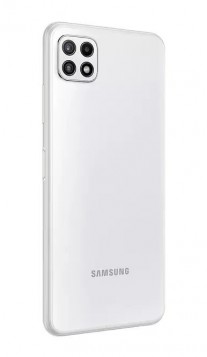 The A22 5G will allegedly be equipped with a 48MP main, 5MP ultrawide and 13MP selfie cameras. The chipset is limited to 1080p 30 fps video recording, though unconfirmed info claims 4K recording (the A32 5G does do 4K, but the 720 chipset has official support). 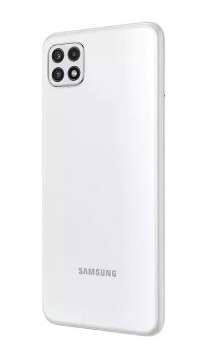 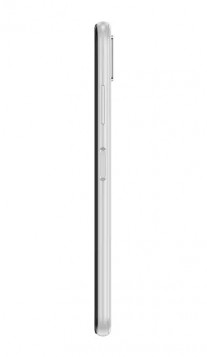 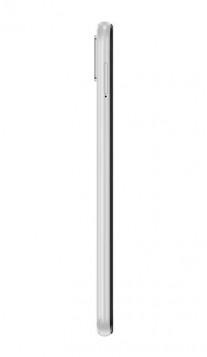 As we mentioned, there will be a LTE version, the Galaxy A22 4G, which will use the Helio G80 instead. Both models should have 5,000 mAh batteries with 15W fast charging. There’s also a Galaxy F22 in the works, which will be based on the A22 5G.

Besides the 4G/5G connectivity, the phones will have Wi-Fi 5, Bluetooth 5.0, NFC (with Samsung Pay), a USB-C port and a 3.5mm headphone jack (with Dolby Atmos). The renders show a side-mounted fingerprint reader. Not a bad package for the price. 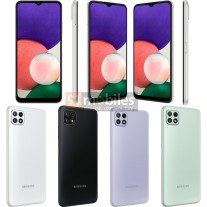 The Samsung Galaxy A22 4G and 5G are expected to be unveiled later this month. Based on renders we’ve seen they will come in four colors – the Black and White shown above, but also Lavender and Mint.

Samsung Galaxy A22 5G gets priced in Europe

Not sure what makes you think the A32 5G has a 60 Hz display, that is only true with power saving enabled. By default the display is 90 Hz.