The Samsung Galaxy S20 Ultra is the first in a new class of Samsung flagships, more premium than even the “Plus” phone of the S20 family. The camera department shares almost no hardware with the S20 and S20+, bringing several firsts for the Galaxy lineup and the industry in general.

The main camera features a large 108MP sensor. Using 9-in-1 pixel binning, the camera can capture 12MP photos with the equivalent of 2.4µm pixels, which promises to set a new benchmark for low-light photography. This camera has optical image stabilization (OIS) and an f/1.8 aperture.

The phone can record 8K video, which you can upload to YouTube and share with those few who own an 8K TV. With Super Steady 2.0 that promises dolly-like stability, Samsung promises “professional-level filming”. 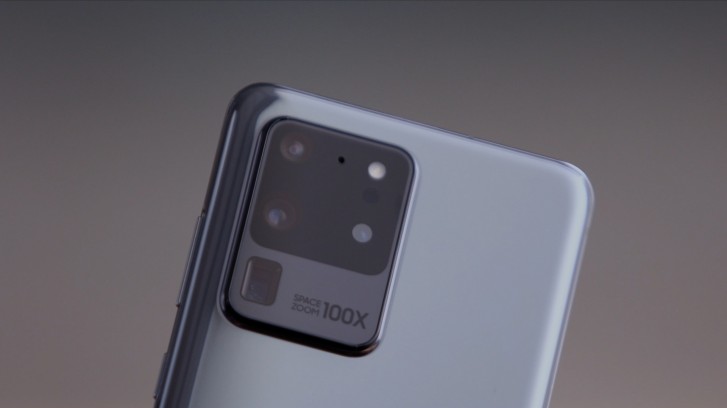 The 12MP ultrawide angle camera and DepthVision sensor. The Single Take feature captures photos from all cameras simultaneously and uses the on-board AI to recommend the best shot to keep.

The 40MP selfie camera is another big step up. The higher resolution sensor enables pixel binning (4-in-1 to 10MP), resulting in 1.4µm pixels. This will improve the image quality relative to the S20 and S20+ (which have a basic 10MP selfie cam). This is the highest resolution dedicated selfie camera we’ve seen yet (not counting phones that use their main cameras for selfies).

The Samsung Galaxy S20 Ultra also has the largest battery of the trio, 5,000mAh. The phone supports faster 45W charging, but Samsung only includes a 25W adapter in the box, so you'll need to buy a more powerful charger separately. Wireless charging can push 15W to the phone.

The phone itself is the largest of its siblings with a 6.9” screen. The Dynamic AMOLED panel is HDR10+ certified and has 1440p+ resolution. Behind the screen is an ultrasonic fingerprint reader.

As the premium model, the Ultra gets the best memory configurations – the top-specced model boasts 16GB RAM - a first in the world - and 512GB storage. The base numbers are 12GB for RAM and just 128GB storage. You do get a microSD slot (which supports cards up to 1TB), but 128GB doesn’t last long if you’re going to shoot 108MP stills and 8K video. 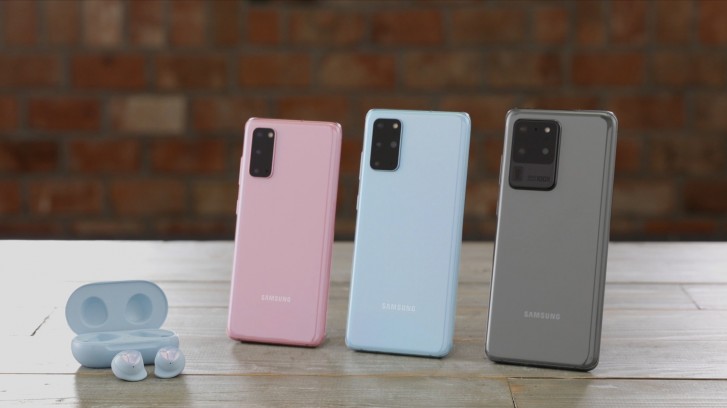 The Samsung Galaxy S20+ Ultra is available for pre-order starting today. The 128GB option is €1,3450/$1,400, but if you want the extra RAM and storage, you’ll have to part with €1,550. The phone comes in 4G and 5G versions (the latter supports both mmWave and sub-6GHz). You can choose between Cosmic Black and Cosmic Gray colors.

Pre-ordered phones should ship out in early March and will come with a free pair of Samsung Galaxy Buds+ (MSRP €170).

Check out our hands-on with the Galaxy S20 Ultra for more details (we handled the S20 and S20+ as well).

Interested to see how Apple try to beat this

For concert, the light will naturally be terrible anyway for photography.