Arguably the better Pixel phones from last year were the 3a-series and not the flagship Pixel 3 phones due to their considerably lower price while still offering flagship-grade camera experience. But there were a couple of corners that Google needed to cut to bring the cost down and the use of 64GB eMMC storage was one of them. 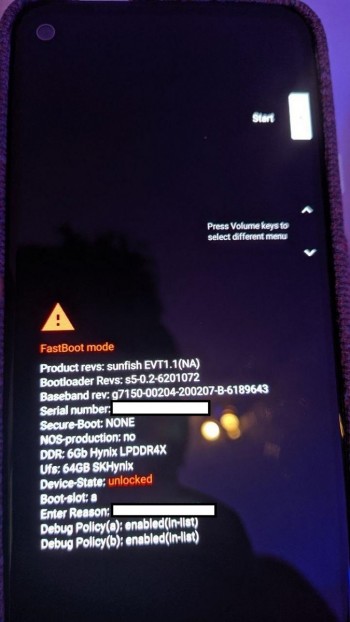 A photo of the Pixel 4a's bootloader

It seems that this would change with the upcoming Pixel 4a smartphones, though. According to sources close to XDA Developers, the Pixel 4a will come with 64GB UFS 2.1 storage. And it kind of makes sense since modern flagships are now adopting UFS 3.0 and UFS 3.1 even, which in turn means that the cost of UFS 2.1 storage is going down.

The information comes from the bootloader screen of the Pixel 4a as it says "Ufs: 64 SKHynix". This would ensure considerably faster app load times and OS boot times. At least compared to the older eMMC storage.

Everyone says Chinese devices sell data. But do you have any proof? All brands do telemetry collection to find bugs. Actual spamming stopped when I removed permissions from adchoices (website) and appchoices (app), stopped facebook from coll...

The front facing camera and design were big corners cut too.