While the Pixel lineup was initially meant to only include high-end devices, that changed in 2019, when Google released the Pixel 3a and Pixel 3a XL, affordable mid-rangers. Not long ago we saw the first leaked renders of the upcoming Pixel 4a, and today a new rumor claims you shouldn't expect a Pixel 4a XL to join it.

So if this pans out the Pixel 4a with its 5.81" screen will be the only mid-ranger Google launches this year. Despite the bigger screen compared to its predecessor, the 4a will reportedly be smaller overall, thanks to cut bezels all-round (as the renders have revealed). 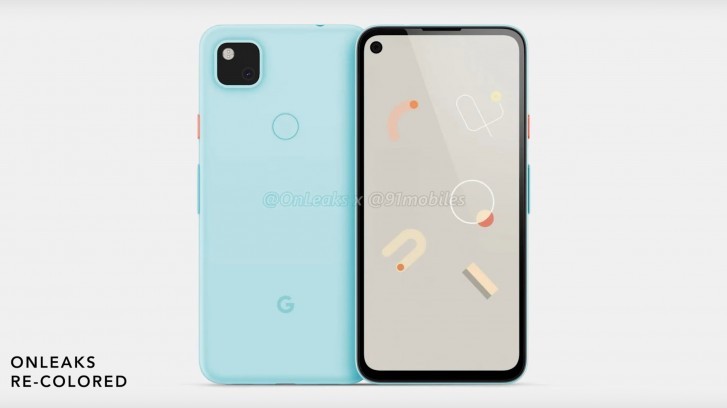 These claims come from Dave Lee, a respected YouTuber. That said, he's not usually one to leak stuff about upcoming products, so there isn't a track record to talk about here. This is all to say that you should probably take this with a pinch of salt, for the time being at least.

This would be the first Pixel not to come in two sizes, but the decision to only launch a 4a and not a 4a XL alongside it was allegedly due to how much more successful the Pixel 3a has been than the 3a XL.

Dave Lee also shared some info about the colorways for the upcoming phone, and it looks like we should expect to see it in black (with a green accent), white (with coral), and an "arctic blue" with a "hot pink" accent on the power button. The render above was created to showcase this yet-unseen color combo.

As with the 3a generation, the Pixel 4a is to forego wireless charging, but pack a headphone jack. The construction is still plastic, there's a USB-C port, and a punch-hole selfie camera.

I would rather see an Apple made android handset.