Apple's most important event of the year took place this week and the new iPhone 14 series is on everyone's mind. Our trending chart is completely dominated by the new arrivals, while a couple of their predecessors also gained ground as people were doing comparisons and considering if they should upgrade.

The iPhone 14 Pro ended up on top, just ahead of the 14 Pro Max. The two Pros offer far more upgrades than the other two new phones so it's no wonder they are getting more of the spotlight.

The vanilla iPhone 14 completes the podium, while the 14 Plus is getting the least attention. Early pre-orders tell a similar story of relatively low interest in that one.

The iPhone 13 Pro Max is fifth, while the Samsung Galaxy S22 Ultra in sixth is the highest-placed non-Apple phone on the chart.

The iPhone 13 got to seventh, while the Galaxy A53 held onto its place on the chart and took eight.

Another new announcement from this week - the Huawei Mate 50 Pro - took ninth, while the Redmi Note 11 is the solitary Xiaomi representative in tenth place. 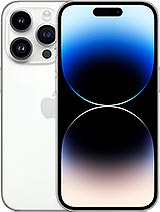 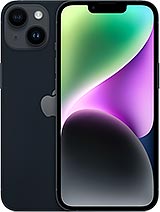 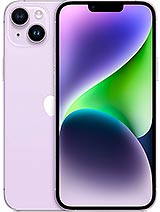 Apple iPhone 14 Plus
RANK: 4NEW IN 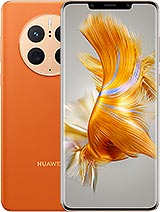 I dont know what happen to you but as far as I remember using android phone I never had an issue with viruses. HAHA having virus is not the phone's fault I guess, it's you who visit or click links LOL

How can ANY ridiculous Android device be any good at all??? With all the viruses they are susceptible to with the open market play store... they basically become bricks and are nothing better than junk. Apple ALWAYS places in the top of all categorie...