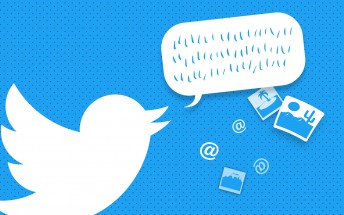 For a very long time Twitter's been trying to make its Direct Messages (DM) functionality into a person-to-person messaging system that people will actually use on a daily basis. You know, like Facebook Messenger or WhatsApp. Given that it hasn't yet shared usage numbers just for this feature, we assume it hasn't succeeded yet. That, however, isn't stopping it from adding ever more improvements to the DM system.

Case in point: today, the company announced a change in how some DMs are handled. If you have opted in to get DMs from anyone (and not just people you follow, which is the default), then those messages you get from the people you aren't following will go into Requests, a new part of the Messages tab. This will include new group conversations you're part of.

If you’ve opted-in to get Direct Messages from anyone, messages from people you don’t follow will go into requests. https://t.co/n1qasb7JZC pic.twitter.com/HQY20T5f6t

Once you're in that section of the app, you're able to either delete or accept any such inbound messages. Those who've sent you DMs will not know if you've seen them or not until you choose the "accept" option. You also need to pick that before you can watch media sent through such a DM, though alternatively you can opt to reveal the media prior to accepting the message. Note that deleting one DM from a user will not stop that person from DMing you again in the future - the block function should be used to achieve this effect instead.

just a sh¡t platform, never have any respect on twitter they're such a worst socmed ever