The Oppo PCLM50 passed through TENAA  this seems to be a new version of the Reno3 or the Reno3 Pro. There was some uncertainty about the chipset, but Geekbench just cleared that up, it is indeed a Snapdragon 765G, the same chipset as the Pro.

The non-Pro model uses a MediaTek Dimensity 1000 and has a 64MP camera instead of 48MP as on the PCLM50. However, the screen diagonal matches the non-Pro model, so it's not 100% clear if this will have the "Pro" label or not. Either way, the unit that ran the benchmark packed 8GB of RAM and featured Android 10, just as expected. 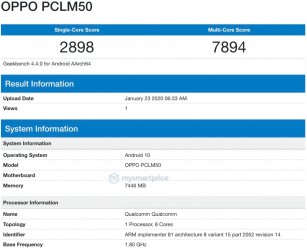 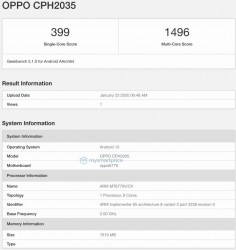 Next up is the Oppo CPH2035. This one is powered by a MediaTek Helio P90 chipset hooked up to 8GB of RAM. The OS is Android 10, no surprises here. However, this will be Oppos first time using the P90  it has only gone as far as P70 previously.

The CPH2023 model number has been spotted in certifications issued in India and Thailand, the likely launch markets for the device. Model numbers CPH2025, CPH2043 and a few others have been seen in documents too. 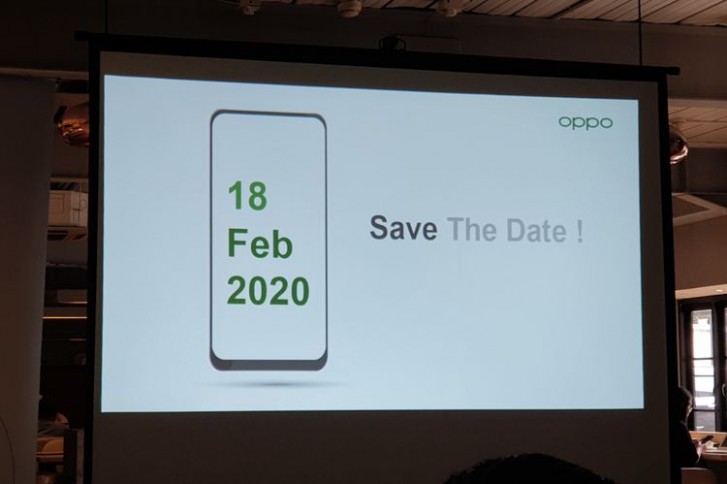 A spy shot from a presentation reveals that Oppo is planning an event for February 18, but so far its not clear what new devices will be unveiled. It could be the Find X2 or one of these mid-rangers (or even both).

I have used Oppo Reno2 Z and could say that Helio P90 processor is a great for the smartphones.

oppo reno 2z has that chip