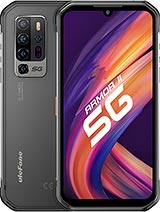 DAWGY, 21 Dec 2022At this moment, I am writing this review with the Armor 11 ... moreI have no issues as you stated. The issue I faced was while on internet the battery drain fast. No other issues

At this moment, I am writing this review with the Armor 11 I bought 2 years ago. It's taken some hits, it was a bitch to get on my carrier, but it's completely the opposite of any of your complaints. I think one guy was direct and didn't get offended by the lies, but I agree when he said that they aren't meant to get abused. However, mine has suffered accident after accident, technically abuse,and is still very sturdy. No cracks, no night vision issues, nothing. I think it's a badass phone. Does everything my sissy Samsung did. my 2 cents

Rick, 17 May 2021If you are looking for a rugged phone, this isn’t it! See p... moreI saw the link you shared, https://imgur.com/gallery/TOFA1vW

By zooming in on the picture, it is obvious that there is a gap beside the phone shell, which must have been hit by the gravity of a hard object. The stress point where the screen cracked is also at this location! It's not that the mobile phone that the author said was a broken screen caused by being dropped on the soil. We can't easily deny a brand that is constantly striving to develop! ! !

Please see the link below, https://imgur.com/174iqv2

DizzyGrizzly, 12 Jun 2021I really am happy with this phone and for me it is an upgra... moreI Have the ulefone armour 11 5g , and I am very happy with it , compared to the cat s62 pro it has 5g better memory storage processor and battery that lasts two days , coming from a Samsung s10e the performance is better and battery is far better

Anonymous, 22 May 2021This is my third phone from the armor series. Had it a few ... moreYou are wrong, the charging port of this model does not have a rubber cover.

The IR leds turned on and won't turn off wven I restarted the phone... Because of this night vision camera won't function

I really am happy with this phone and for me it is an upgrade from an Samsung S10E.
Most important is that the radio reception is much better (phone, WIFI and Bluetooth), finally I do not have to jump outside anymore to get reception.
It did fall already several times and all is still ok. Passed the water test too (do not charge when still wet!!!).
Overall this is the 1th phone I have that has it all (meanwhile).
The robustness comes with a price of extra weight. But because of the 5200 battery there is no need to travel with an external spare battery anymore for a active day from home without electricity (better so).
The screens feels smooth.
Low and even no light foto's are no problem.

Anonymous, 26 May 2021Wait did you remove the screen protector ? It always come p... moreHa, I agree, it looks like he literally just cracked the glass screen protector.

Ulefone Armor 11 5g is GARBAGE! Do not buy! Banggood.com reviews are highly deceptive and unethical. They don't allow any reviews lower than 4 or 5 star on their website. The speaker stopped working on me in less than a month & the manufacturer is ignoring my request for a replacement. Also hotspot doesn't allow you to add APN's so you might have hotspot issues depending on the carrier.

Pay a little more and buy phones off of a site that has honest reviews.

Rick, 17 May 2021If you are looking for a rugged phone, this isn’t it! See p... moreThat's why I keep saying that even rugged phone's need good protection, the galaxy s active lineup were rugged phone's and they all were supported by case manufacturers like unicorn, otterbox etc. .... but people think that they bought a rugged phone and that phone is magically indestructible, to the point that they think that they dont need a case at all, and don't get me started with the cases that ulefone has started making as of lately, they're so useless and so ugly!!!

Rick, 17 May 2021If you are looking for a rugged phone, this isn’t it! See p... moreWait did you remove the screen protector ? It always come pre apply

This is my third phone from the armor series. Had it a few days and I'd have to say it's my least favourite. I found it harder to hold compared to previous models as the back is now smooth. If you want to charge your phone with a cable you have to completely remove rubber cover from the charging port. The cover is tiny and I imagine very easy to lose. The phone does come with s spare but without it all the waterproofing is useless. Also I realised it doesn't have an SD card slot. Which really feels like a step backward.

Rick, 17 May 2021If you are looking for a rugged phone, this isn’t it! See p... moreThank you so much for this, I've been searching all over the web for reviews and finally I can say yours made mi decision easier, sadly I won't trust any rugged phone companies from now on, but you've made me believe this is the way.

If you are looking for a rugged phone, this isn’t it! See photos here: Ulefone Armor 11 5G shattered screen after a 3 foot drop onto DIRT! https://imgur.com/gallery/TOFA1vW

My primary occupations have been in the oil and gas industry and construction. In these industries due to the fact you are in the outdoor elements of snow, rain, wind and must deal with sweaty or slippery hands – dropped phones are a reality. I have dropped at least ten phones dozens of times in the past 20 years. Not on purpose, but because it is unavoidable in actual day to day work. I have never had a phone break on me from one of these drops. Scratches and scuffs, yes – broken screen no.

I had always dreamed of owning a “rugged” phone, one that would eliminate “drop anxiety”. That moment when the phone slips from your hand and you must reach down to pick up your (hopefully undamaged) phone. The Ulefone Armor 11 5G seemed to fit the bill perfectly, the company advertisements show it being used to hammer in nails, smash walnuts, get thrown down flights of stairs and get run over by cars all to no ill effect. I purchased this phone with high hopes and a lot of enthusiasm. I showed friends and family these video advertisements of the new phone I was so excited about while waiting on its delivery. Finally, I had a phone I would not have to worry about surviving life’s little accidents.

After activating my phone – a separate disaster because the phone is NOT actually globally compatible – I had been using the phone for only two days when it slipped from my hand removing it from my pocket. For the first time in my life I wasn’t worried about the drop at all. However, when I picked up this phone, to my shock and dismay the screen had absolutely shattered. FROM NOTHING BUT A 3 FOOT DROP ONTO DIRT!! See the pictures, this phone was destroyed from a drop any other phone would have laughed off.

After my initial shock, I contacted both Ulefone and the retailer. Neither were shocked or surprised that the phone was demolished from this inconsequential drop. I had assumed I bought the one in a million dud of a phone, every manufacture has unforeseen problems. But neither was even concerned, neither offered a replacement or refund. In fact, they both still refuse to replace this phone, refund my money, or offer warranty service.

Having discovered that the “ruggedness” and “durability” of this phone is nothing but totally false advertising – what is left of this phone?

CONS:
Durability and “ruggedness” – NONEXISTENT. This is by FAR the most easily damaged phone I have ever owned in my life. Seriously, make sure this thing does not hit the carpet wrong because it will shatter the screen so badly you can’t even use it.
Global compatibility – NOPE. Perhaps global “potential” – but compatibility means the ability to work on a network. If you are in the United States that means T-Mobile only. Another case of misleading advertising when the manufacture knows the presented information is misleading at best.
5G – The phone can make a connection to the 5G network but lacks the processing speed to make use of it. Testing this phone in the brief period I had it, the network download speeds were abysmal. 10mbs or so max. I attributed this to the network itself, but my replacement phone (Samsung S21) gets 300mbs plus in the same locations on the same network. This is NOT an effective 5G phone.
General cellular reception – Simply awful. Areas where I have never had a lack of coverage became complete dead zones. This is not even close to being a “wilderness” or “adventure” compatible phone. If you are thinking you are going to be able to take this hiking with you and be able to make an emergency call - think again. This phone will drop out of coverage long before even a cheap tracfone will.
Wi-Fi – Horrible. On every other phone I have had, Wi-Fi would stay connected everywhere in my house with ease. This phone would not even recognize that there WAS a network, let alone connect to it.
Form factor – Horrible. The phone is heavy, and slick. You WILL drop it. Given the fragility of the phone, this is a tremendous problem.
Button layout – Awful. This phone is heavy and slick, and you really need to hold on to it to be able to talk on it (when it gets service). Holding it this way does two things reliably – hits the power key and hits the “multifunction” key. If you hold onto the power key too long, the phone shuts off. As for the multifunction key – it is rendered not only useless, but an irritant due to its placement. So you end up being forced to gingerly hold this brick of a phone while you attempt to talk on it.

PROS
Battery – Battery life seems to be very good to excellent, if it were not for all the substantial downsides of this phone this itself might be a selling point.
Camera – The main camera is quite good for a phone of this price point. The night vision camera is mostly a gimmick, but it makes nice shots inside with white painted walls. Outdoors the sensor is not sensitive enough to pick anything up beyond a few yards, and the infrared LEDs do not help with this.

Overall this is without question the worst phone I have ever purchased. I wouldn’t recommend purchasing this phone for any reason.

n206, 30 Apr 2021my opinion: never buy phones from noname or less known manu... moreJust as school evaluation is not a measure of human knowledge, so the name of a product does not have to strictly indicate its quality.
Luckily, no one will take your comment seriously.

WilliamsL798, 10 Mar 2021I concur, although it does have three of the 5G bands used ... moreI got my armor 11 three weeks ago, and it's been very good. 8g memory and 256g storage capacity are great. The camera is fantastic. I will recommend this device to any one that needs a rugged and durable phone

my opinion: never buy phones from noname or less known manufacturer. Can get bad surprises. I only prefer Samsung, Honor, Xiaomi. In this case you will get what you expect- golden role

Kam, 21 Apr 2021Received my Armor 11 yesterday- both speakers are blown out... moreI think you must show me the pic or video ,then i'll believe, my Facebook account: Jackson Tangsin

Kam, 21 Apr 2021Received my Armor 11 yesterday- both speakers are blown out... morereally?i'd like to purchase this awesome phone,this must be a small probability