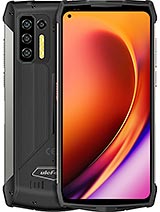 The phone arrived in good condition, and in good time too. I have been using it for one week now, and the only problem I have with it is it's weight. Other than that, everything works as contained in the advert. I have recommended it to my friends.

Hi, guys, use to have armor 6 for last 3 years and recently bought armor 13. Struggling to use NFC paying. All settings are on, approved by bank and GPAY just touching the POS terminal and nothing. Any idea why? What possibly could be?

Hi, guys, use to have armor 6 for last 3 years and recently bought armor 13. Struggling to use NFC paying. All settings are on, approved by bank and GPAY just touching the POS terminal and nothing. Any idea why? What possibly could be?

Anonymous, 05 Sep 2021Its a rugged phone, it is not for hellokitty people like you.hilarious and original!!!!!1!1!!!!!1!1!!
TBH I'd rather put a case and screen protector on my phone than buying this. Other than the rugged-ness and battery, it doesn't have much. Just my opinion tho

Mr.Ad, 19 Sep 2021Does anyone know if this device support 4G+ or not?even better LTE

From Singapore. Been using this close to 3 weeks. I do food delivery. I mount it on my motorcycle mount (Quadlock) using universal adapter. With 15 to 16 hours of Waze and food delivery app (Grab) switched on, battery drops to only 52%. Works in the rain but sound gets muffled / very soft after rain. Appreciate that there is fingerprint and NFC for payments at stores. It is almost 0.5kg so it is not light but I don't mind. Excellent for food delivery. Sound is loud too.

holy crap this battery is a tank, an absolute machine

Does anyone know if this device support 4G+ or not?

Anonymous, 12 Sep 2021This is the largest battery phone with a headphone jack, right?yes

This is the largest battery phone with a headphone jack, right?

I'm really hard on phones, I'm a clumsy sod plus the job I do working in the bowels of large ships and doimng work on Pipelines so thought I would try a rugged phone, really love my Power Armor 13 and so far so good and the Endoscope is great for my work, gets a 10 out of 10 from me

Gorilla glass 3 isnt suitable for a phone like this

Phone Reviewer, 04 Sep 2021492g lmaoIts a rugged phone, it is not for hellokitty people like you.

What Type Of Screen Protection Does This Device Have.?

I Couldn't Find Anything About This Does This Mobile Screen Easily Breakable ?

I've been working on this rugged phone all afternoon, wo, it's too powerful! Super large battery 13,200 mAh, super 33W fast charging input, super large FHD+ screen, super large ROM 256GB, retains the 3.5mm headphone jack, which is very good, with 15W wireless charging, and reverse 5W charging function, with The laser tape measure chip is very interesting, and the equipped endoscope allows me to see places that I couldn't see before. The large-size speaker combined with the FM playback function that does not require an external antenna, must be a lot of fun during travel! Equipped with a close-fitting fixed bracket protective shell, which is very suitable for my work to release my hands. NFC payment function and 16MP front camera are enough for me.

It is definitely a Swiss army knife in the mobile phone series! ! !

Don Godfather, 23 Aug 2021500gms phone are you kidding me, 20mm thick. Why don't... moreA most advanced and wonderful brick! And one you can actually use without being tied to a charger. I heart

For the 492g mobile phone, I am very fortunate to be equipped with a close-fitting fixed bracket protective case, which is very suitable for my work to release my hands.

Waiting for mine to replace an Ulefone Armor 6 that will go to my son. I like heavy phones, you always know you have them on you... With a side pouch it's fine. I broke so many phones prior to using this brand, I have saved a lot of money up to now.