A mysterious Samsung device shattered the AnTuTu benchmark charts by posting a barely believable score of 95,972 points. For comparison, the already capable Samsung Galaxy S6 and Galaxy S6 edge score in the range of 70,000 points.

Update: The score has turned out to be a fake. The "mysterious" device ended up being a Samsung Galaxy Alpha variant for market in East and Southeast Asia. 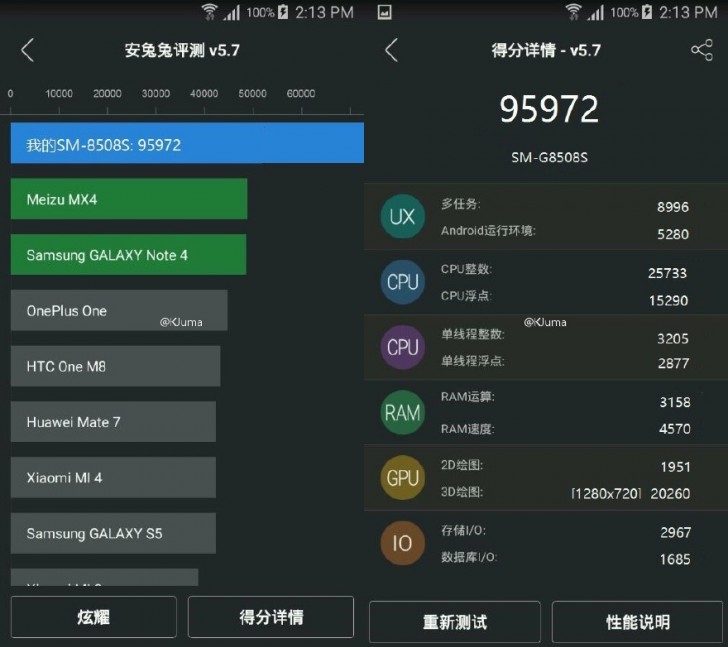 The handset features the model number SM-G8508S. There is no word on the product name of the smartphone, though early speculation suggests that we might be looking at a Samsung Galaxy S7 test mule. At this point, Samsung Galaxy Note 5 is out of question, as the phablet is all but certain to pack the same Exynos 7420 SoC as the Galaxy S6 and Galaxy S6 edge.

There are no details on the make and model of the device’s chipset. We might be looking at either Samsung’s next generation Exynos solution, or a Qualcomm Snapdragon 820 SoC.

What is wrong with you guys? Why so much hate for something that isnt even real and its not affecting ur lives in anyway.Be mature.