Samsung Galaxy A8s is technically the first smartphone with a selfie camera in the screen. It was introduced in three colors, later followed by the Female Edition that had a yellow-pink gradient back panel.

Now a fifth version was launched by the maker in China - it is called Unicorn Edition or Unicorn Pink and is a gradient from pink to blue. 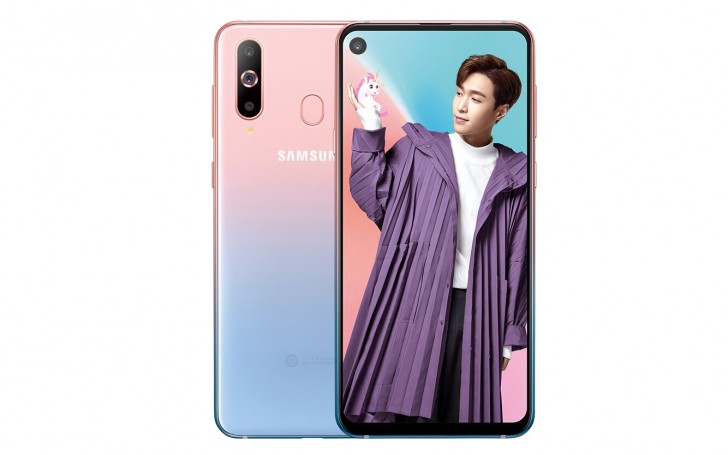 The Galaxy A8s in Unicorn Pink is sold with 6 GB RAM and 128 GB storage. On the inside it is exactly the same - Snapdragon 710 chipset and LCD screen with Full HD+ resolution and tall 19.5:9 ratio.

There are three cameras on the back - a 24 MP f/1.7 main snapper, 10 MP telephoto lens and 5 MP depth sensor. The selfie shooter inside the display is 24 MP.

The phone is listed for CNY2,799 (about $410) at JD.com. There are also options to buy the phone with 8 GB RAM, but it will cost you CNY300 more and you have to pick between the Black/Green and Blue variants - no Unicorn Pink in sight.

Is this gonna be released in the philippines?