HTC was quiet for a long time before we saw its first 5G phone - the U20 5G last month, alongside the Desire 20 Pro. The storied Taiwanese company is now about to bring another entry-level phone in its Wildfire line as revealed by a Google Play Console certification. 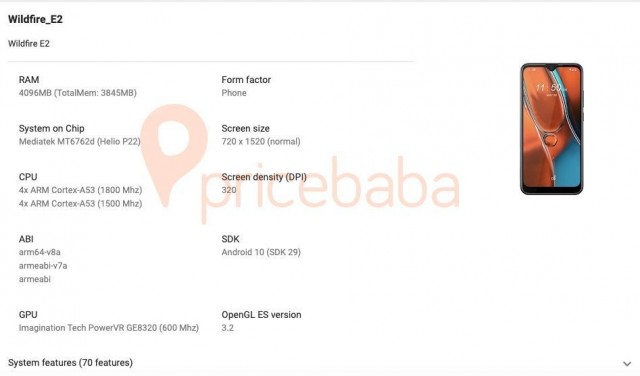 The HTC Wildfire E2 will pack a 6.2-inch HD+ screen with a waterdrop notch, Helio P22 chipset, 4GB RAM and 64GB storage. We also get to see an image of the device’s front and learn that it will ship with Android 10 and a rear-mounted fingerprint scanner. That’s all we have to work with currently but we’ll be on the lookout for more clues on the Wildfire E2.

Good enough spec for a backup phone, if the price is 150 or lower.

My favorite ever HTC is that original wildfire, sadly didn't get one because it was not sold in my country. HTC phones used to be great in all the terms, now they sell crappy hardware and software sucks. HTC isn't going to last in my opinio...