An upcoming tablet by Lenovo appeared in a Geekbench listing booting Android 11. The unnamed slate bearing the TB-7306F model number sports Mediatek’s Helio A22 and 2GB RAM. The tablet managed 144-points in the single-core department and 498-points on the multi-core test. 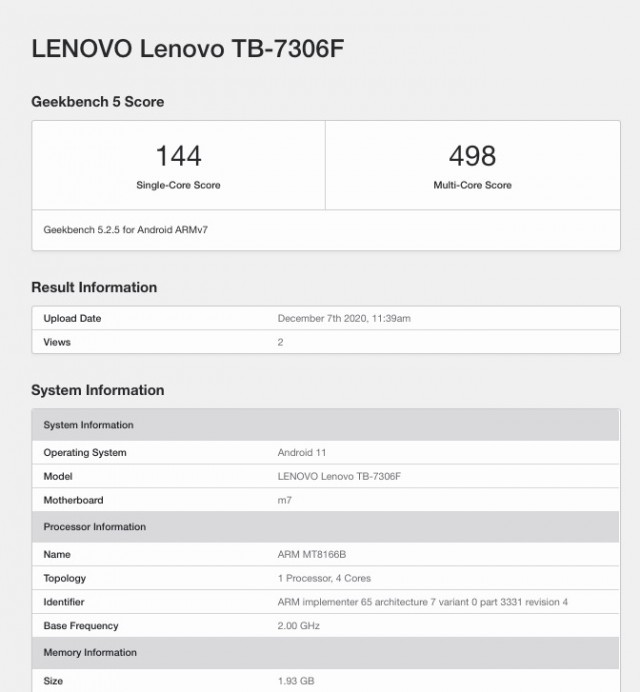 These specs are in line with the Tab M8 which could indicate the TB-7306F is in fact its successor. Last year’s model offered an 8-inch IPS panel in both HD and FHD+ configurations alongside 16/32GB storage and a 5,000 mAh battery. Cameras stood at 2MP upfront and 5MP around the back. 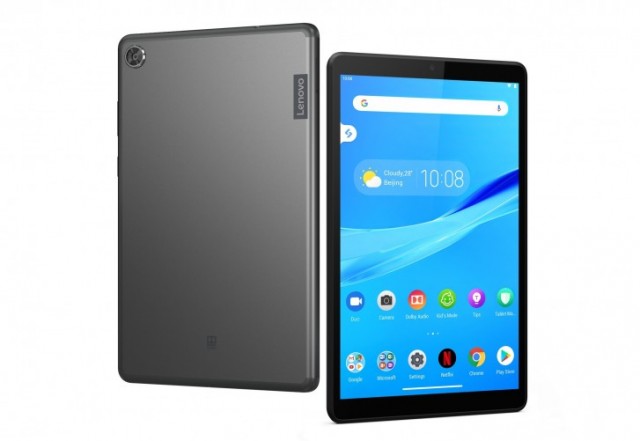 It remains to be seen what Lenovo has planned but we’ll make sure to update you with more details as they emerge.

Look at the screenshot, under "motherboard" : It says M7. This model is probably the new version of the low-end M7. On another site, I found it will have 7 inch screen and sell for $79, and be released Q1 2021. I expect new versions of the ...