LG has been in the news recently with the expected axing of its G-series and supposed launch of its replacement lineup midway through May. Now, a Geekbench listing for an upcoming LG phone bearing the LM-G900N model number reveals a device powered by a Qualcomm chipset codenamed “Lito” with an 8-core CPU and base frequency of 1.8Ghz.

In addition the device sports 8GB RAM and runs on Android 10. It managed 506 points in the single-core test and 1,545 points in the multi-core department. 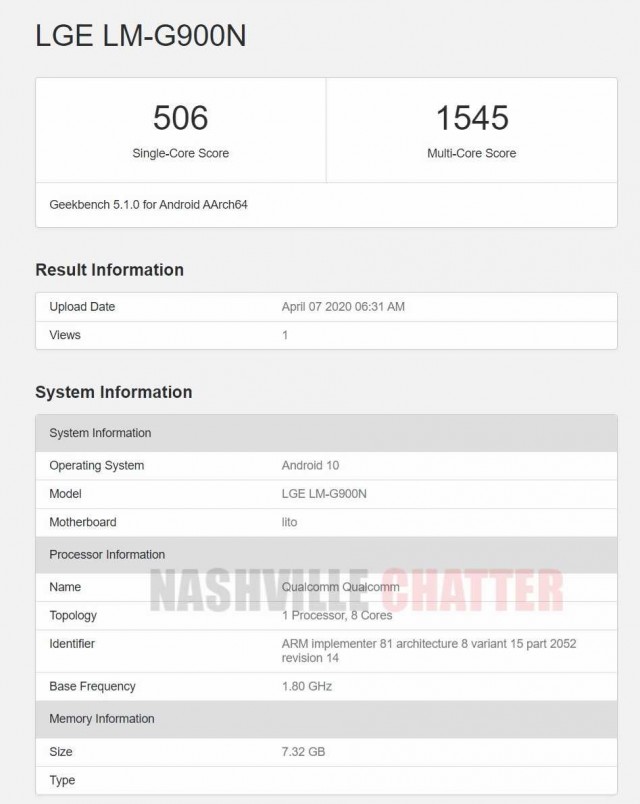 This is the first listing for this phone and confirms previous rumors that Qualcomm is working on four new SoCs codenamed Bengal, Scuba, Lagoon and Lito. Not much is known about these chipsets but according to speculation, Lito could be part of the Snapdragon 7-series which would tie in nicely with the rumor about the upcoming LG midranger set to replace the G-series.

LG also shuts down Gumi factory due to coronavirus

LG and Apple little bit slow . because they studying true and false . Then they giving good quality.

LG is the best. Best wishes.

From LG you cant ask more or less than you said. Thats LG.