A new Sony smartphone has been uncovered. Carrying a model number of H8324, the device has been spotted in a user agent profile, which also reveals 1080 x 1920 (16:9) display resolution. Take a look at the screenshot below: 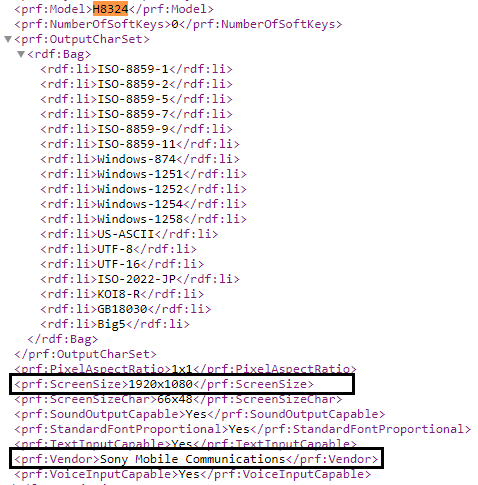 Sadly, nothing else is currently known about the handset, although now that it has started appearing in listings, we do expect to hear more about it in the weeks to come.

New Sony smartphone launching in 2018 has specs outed by benchmark

Indeed Sony Xperia XZ3 has a notch on it back cover it is definitely better than Samsung notch/punchole at the front of the display! You can love the the punchole but you can't force other people to hate it.... It really hide/block view on your scree...

meh. another excuse. i know soon you will say " sony's notch is better than samsung's notch "

Less bezel still acceptable unlike the bezel-less, bezel-less are gimmick more than practical, because bezel-less design have to place the front camera and sensors either block in the display or protrude from the frame. A proper Bezel are still fine....