Verizon has started rolling out the Marshmallow update to Samsung Galaxy S5 units on its network. The update brings Android version 6.0 and bumps the software version to MMB29M.G900VVRU2DPD1. 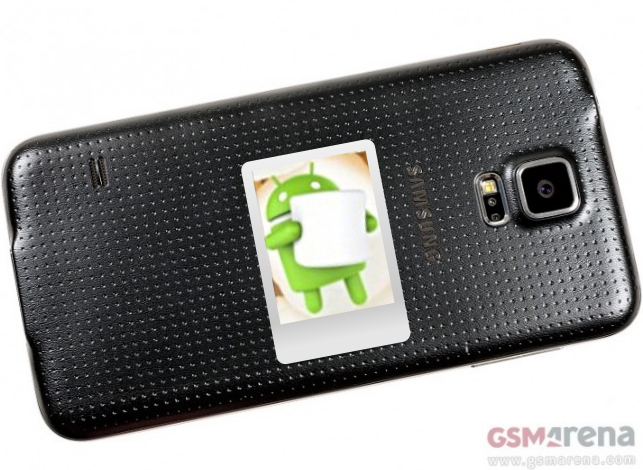 Aside from the usual Marshmallow goodies - including Doze, Google Now on Tap, and redesigned app permissions - the update also brings along Wi-Fi calling, update to app icons, Ultra High Quality Audio and Android for Work.

The carrier has published a list of pre-loaded apps with their version numbers - head to the Source link below to take a look. Other major carriers like T-Mobile and Sprint have already released the update to Galaxy S5 units on their networks.

I just got the 6.0.1 update for my Galaxy S5 last week. WOW has the OS made my device slow. I like the look of it but I don't think the device will support it. I only have 10 downloaded apps and 4 GB of free storage so that should not be the issue.

After your update be sure to clear your cache. And restart the device. Avoids your phone from overheating and your battery from being drained