ZTE is one of the smartphone makers expected to launch a device with an under-display camera later this year. We already got a sneak peek at a concept phone from ZTE touting the second-gen UD camera earlier this year but now Visionox showcased its development which will most likely arrive on an upcoming ZTE Axon series phone. 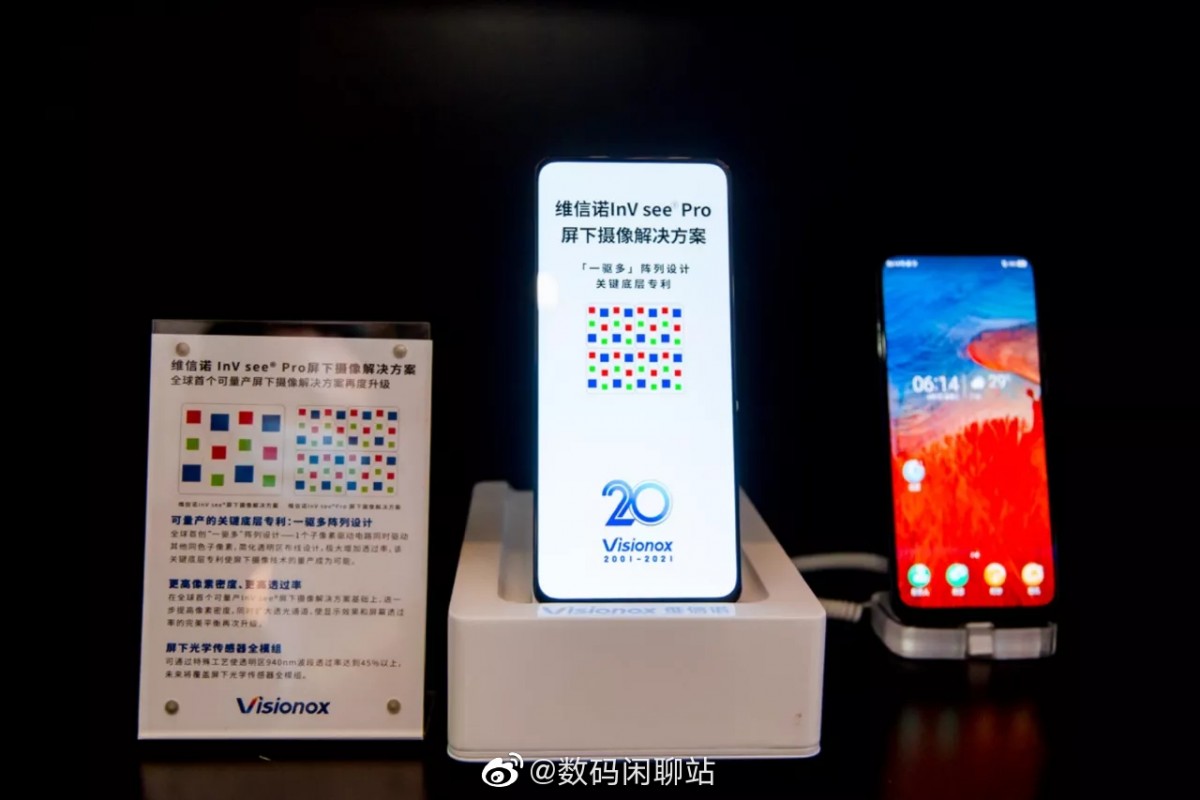 The post shows Visionox’s InV see Pro display in the middle which touts a new and improved pixel arrangement for better clarity and less fogging on the embedded selfie camera. We can also observe a ZTE prototype device to the right outfit with the same Visionox panel.

Tipster Digital Chat Station shared that ZTE is preparing to launch its second-gen UD camera phone soon. We’ll certainly be on the lookout for more details on this development and hope to see better camera performance from the new ZTE device.

Or going to all the possible alternatives that are much better, in my first comment in this thread the two links I provided show two solutions that achieve the same goal of full and uninterrupted display + front facing camera, the Samsung solution in...

The notch in itself could be a great tech, but they just missed how to do it properly. The iPhone X should have had the display around the notch as a totally not addressable and only displaying the status icons, in two lines (as there are too few i...