Back in October, vivo refreshed its IQOO Neo with the IQOO Neo 855 which as the name implies brought a more powerful Snapdragon 855 chipset and faster UFS 3.0 storage on the 128GB and up versions. Now, vivo is bringing yet another refresh with the upcoming IQOO Neo 855+ which is now confirmed to launch tomorrow in post on the official Weibo account of the company. 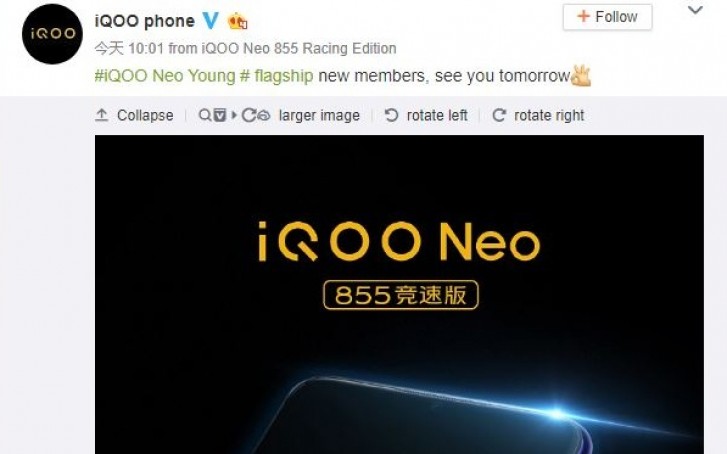 Just yesterday, we saw the device appear on AnTuTu where it managed a combined score of 503,734 points which is among the highest we’ve seen for Snapdragon 855+ powered phones.

Prior to that the phone also popped up on TENAA where we saw its packing a 6.38-inch Super AMOLED display, triple camera system with a 12MP main shooter and a 4,500 mAh battery. Alongside those specs, we got confirmation that the device is indeed packing the Snapdragon 855+ SoC paired with up to 12GB RAM and 128GB storage.