Vivo appears to be developing a certain pattern when it comes to its iQOO line. Especially the Neo part of it. First there was the original iQOO Neo, rocking a Snapdragon 845 chipset, followed only a few month later by the iQOO Neo 855. That one swapped in a Snapdragon 855 and sprinkled just a few bonuses, like slightly faster charging and a bigger selfie camera. Other than that, the phones are identical both inside and out. Now, according to a new TENAA certification listing and perfectly in-tune with earlier rumors, vivo will be doing yet another refresh to the Snapdragon 855+ inside the same shell. 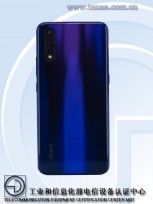 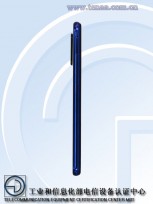 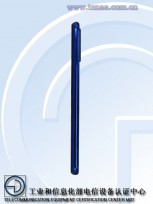 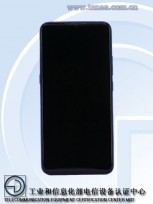 The device is currently only known by its model number - V1936AL, which in itself is just one letter different from the iQOO Neo 855 (V1936A). So, if we had to guess a name, our bet would be on iQOO Neo 855+. At least that's descriptive enough to avoid confusing. Looking at the listed TENAA specs, indeed, the upcoming device seems to be housed inside the exact same 159.53 x 75.23 x 8.13 mm, 198.5 gram body. Most other specs appear unchanged as well, including a 6.38-inch Super AMOLED display with UD fingerprint reader, 8GB or 12GB of RAM and 128GB of expandable storage. So, likely no base 6GB/64GB variant for the new model.

The triple camera setup also looks familiar with a 12MP, f/1.8 main snapper, accompanied by an 8MP, f/2.2 wide angle one and a 2MP depth sensor. Same 4,500 mAh and same 33W fast charging support. So, basically, just another chipset refresh. Changing even less than before, in fact. This does leave us wondering whether vivo isn't shrinking the market distance between this new device and the iQOO Pro a bit too much. Though, the latter has more RAM, faster charging and an arguably better 48MP main camera.

Still, if vivo plays its cards right in the pricing department and offers the new gaming-geared iQOO phone with a very cheap or even essentially free chipset upgrade, it could prove to be quite popular among fans. Then again, the V1936AL could also be a limited or special edition of some sorts. In any case, now that TENAA has the scoop a release is pretty much imminent.